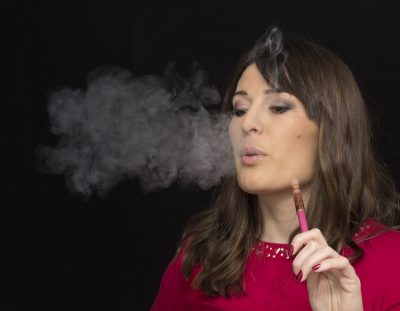 There is no debate that smoking is bad for your health. Smoking harms almost every organ in the body and claims the lives of over 393,000 Americans each year. Cigarette smoke contains 69 chemicals which are known to cause cancer. Additionally, smoking is the main cause of lung cancer and chronic obstructive pulmonary disease and increases the risk for coronary heart disease, stroke, and various types of cancers. To protect the public from the harmful effects of smoking, the US government passed the Family Smoking Prevention and Tobacco Act on June 22, 2009. This law gives the Food and Drug Administration (FDA) the power to regulate the production, distribution, and promotion of tobacco products. This law however does not apply to all available tobacco products. E-cigarettes (electronic cigarettes or e-cigs), cigars, pipe tobacco, nicotine gels, hookah or water-pipe tobacco, and dissolvables were excluded from this law. Due to growing concerns about the safety of these products and health risks associated with their use, the FDA on April 24 2014, proposed to expand its tobacco authority to regulate such products.
Also Read:  Are Electronic Cigarettes Really Safe?
What are e-cigarettes?
E-cigarettes have become very popular in the past few years. They are designed to look just like cigarettes. The end of the device even glows as the user inhales. E-cigarettes are battery operated and when turned on, heat up a cartridge containing liquid nicotine and other chemicals. The nicotine turns into vapor that is inhaled by the user.
Claims that e-cigarettes help people quit smoking are misleading.
E-cigarettes have been aggressively promoted to help people quit smoking. However, studies have shown that they are not effective for smoking cessation. One randomized study compared e-cigarettes with and without nicotine to the traditional nicotine patches that are used for smoking cessation. Study results show that there was no difference in 6-month quit rates between the two. A separate international study found that e-cigarettes users did not stop smoking more frequently than nonusers. Furthermore, an analysis of American quitline callers reported that users of e-cigarettes were less likely to quit at 7 months than nonusers.
Although e-cigarettes may appear to be less harmful than “real” cigarettes, their use is also surrounded by safety concerns.
E-cigarettes contain nicotine and their use can lead to nicotine dependence. E-cigarettes do not have labels that show how much nicotine in contained in a particular product. Nicotine is highly addicting and high levels of nicotine can be dangerous.
The production of e-cigarettes is not regulated by the FDA and may contain ingredients that are not safe for human use. Additionally, there are currently no requirements for the manufacturer to conduct clinical studies that prove e-cigarettes are safe or effective. A recent CDC study found there has been a significant increase in the number of e-cigarette related calls to poison centers. The proportion of e-cigarette poisoning calls jumped from 0.3% in September 2010 to 41.7% in February 2014. The liquid containing nicotine in the e-cigarettes was identified to be the cause of poisoning. Poisoning may occur by ingestion, inhalation, or by absorption through the skin or eyes. E-cigarettes may cause side effects such as vomiting, nausea, and eye irritation. A major concern with e-cigarettes is that they are easily obtained by anyone anywhere. There are no age restrictions for purchase and the most recent National Youth Tobacco survey shows that e-cigarette use is growing rapidly among minors.
What are some of the changes expected under the proposed rule that will impose stricter regulations on newly regulated tobacco products?
Also Read: Electronic Cigarettes and Smoking Cessation Strategies
Conclusion
Despite strict regulations, tobacco use continues to be the leading cause of death and disease in America. Under the new proposed law, the FDA will have oversight on additional tobacco products. According to the FDA, this new regulation may help decrease the health burden of tobacco use on the American public. For more information on the FDA proposed regulation you can visit:

All types of tobacco use can be harmful and can cause tobacco-related diseases.  Tobacco users are encouraged to quit and help is available for those who want to quit.  The following resources are available free of charge to help people quit smoking.

FDA proposes to extend its tobacco authority to additional tobacco products, including e-cigarettes.