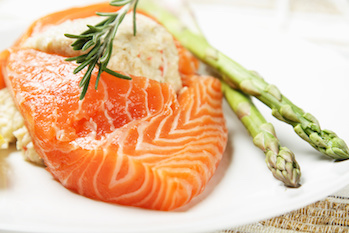 Many foods contain Vitamin B12, but this nutrient becomes progressively less available to a lot of people as they age. There are a number of reasons for this, including changes in metabolism. Low levels of B12 have been associated with a number of health conditions, including neurological ones. Cognitive problems can be the result of such nerve damage.

It is not clear whether increasing B12 levels can protect against forms of dementia such as Alzheimer’s Disease, but remedying B12 deficiencies have been associated with a reduction in brain shrinkage that can occur with the symptoms of Mild Cognitive impairment. To prevent irreversible damage, it is important to diagnose low Vitamin B12 levels as soon as possible.

The role of Vitamin B12 in halting cognitive impairment

Many people start to display symptoms of forgetfulness and problems with concentration in their 40s and 50s. These symptoms can be due to a condition known as mild cognitive impairment. This brain disorder is frequently a precursor to the development of more severe types of dementia such as Alzheimer’s Disease.

Brain disorders can be the result of damage to the body’s nerves. Such nerve damage can be the result of Vitamin B deficiencies, including B6, B12, and folate. Vitamin B12 is particularly problematic since its absorption can be affected by metabolic factors. Fortunately, such deficiencies are treatable if diagnosed early enough. Increasing the body’s levels of B12 was found to correlate with a reduction in the shrinkage of brain tissues in older adults.

Why you could be deficient in Vitamin B12

Even if you get enough B12 in your diet, your body could still have a deficiency. In the United States, most people consume the recommended amounts of B12. This nutrient is found naturally in animal products such as meat and dairy products. It is often lacking in plant products, which can be a problem for vegetarians and vegans. Fortified breakfast cereals do contain B12, however. Such cereals can provide adequate amounts of this nutrient to people who do not consume meat.Despite this consumption, it is estimated that 1.5-15 % of the US population lacks adequate amounts of B12 in their diet. There are a number of reasons for this. For your body to properly absorb this vitamin, a compound called intrinsic factor is required. Many people produce less of this important factor as they age, resulting in decreased absorption of this key vitamin. For intrinsic factor to work, your stomach must be highly acidic. Often, aging causes you to produce less stomach acid. Also, people who take proton pump inhibitor drugs, such as those prescribed to fight ulcers, can have limiting amounts of stomach acid.

If you have pernicious anemia, you can also be deficient in Vitamin B12. This condition often clues in doctors that you may lack adequate amounts of this nutrient. However, you can develop neurological symptoms in response to B12 deficiency even in the absence of this anemia. It is important to be tested for the amount of B12 in your body if you are displaying symptoms such as forgetfulness. This condition is treatable if caught early enough.

B12 deficiency can lead to homocysteine accumulation

One particular way that having low levels of B12 can be damaging is that it can cause your body to have high levels of a compound called homocysteine. Normally, this chemical does not build up in your body. It is used up during a series of chemical reactions resulting in the production of SAM (S-adenosyl methionine). However, if your body lacks adequate amounts of B12, homocysteine can accumulate. High levels of this harmful chemical are associated with increases in the risk of dementia and stroke. Increasing the amounts of B12 in your body can help you to metabolize homocysteine.

From time to time Alena Shelly writes for eSupplements. She is very passionate about keeping healthy and fit. She is a nutritional consultant and personal trainer in San Diego, CA.

This article is for information only and is not a substitute for medical advice, diagnosis, or treatment provided by a qualified health care provider. The views expressed are those of the author and do not represent the views of RxEconsult, LLC.