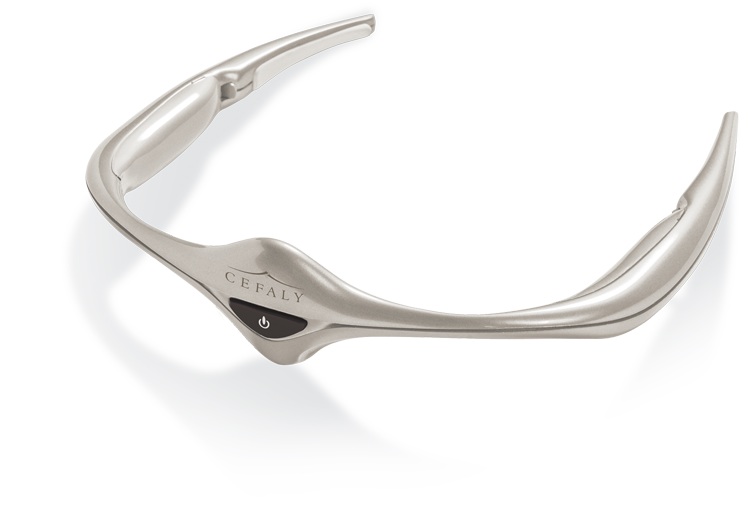 What is Cefaly and how does it work?

A migraine is a severe and painful headache that typically causes a throbbing pain in one side of the head. Migraine symptoms include nausea, vomiting and sensitivity to sound and light. It may occur at any time during the day but commonly occur in the morning. If untreated, a migraine attack can last from 4 to 72 hours. Approximately 18% of women and 6% of men in the United States suffer from migraines which reduces the quality of life, causes lost productivity in the workplace, and affects loved ones.

Cefaly is a battery operated neurostimulation medical device worn across the forehead and over the ears. It works by applying an electric current to the skin, stimulating branches of the trigeminal nerve associated with migraine attacks. This is called transcutaneous electrical nerve stimulation (TENS). Stimulating the trigeminal nerve results in the production of endorphins, chemicals that trigger a positive feeling. High levels of endorphins increase the migraine’s threshold (makes it harder for another attack to occur  and results in fewer attacks. Second, by acting on the touch sensitivity fibers of the trigeminal nerve, it interrupts the pain signals to the brain.

What is Cefaly used for treating?

Cefaly device is used for migraine prevention in individuals 18 years and older. It can help people who do not respond to current medications for preventing migraines. It is available only by prescription in the United States.

How effective is Cefaly?

The safety and efficacy of Cefaly device were based on a study that included 67 participants who had more than two migraine attacks each month and were not on any medications to prevent migraines for three months. The participants who used Cefaly reported fewer days with migraines each month and used lower doses of acute medication to relieve their migraines than those in the placebo group (not treated with Cefaly). In addition, there was data from the patient satisfaction study of 2,313 people who rented the device online. This study found that 53% of the participants were satisfied with this device and would purchase it for continued use.