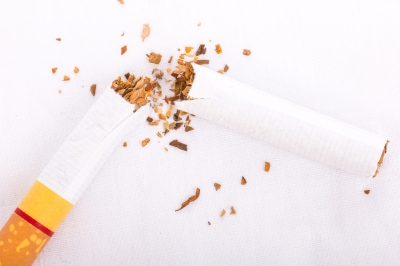 Varenicline (Chantix) is a smoking cessation therapy that was FDA approved in May 2006. Three years later, the FDA required the manufacturer to place a black box warning on the prescribing information to highlight the risk of serious mental health events including changes in behavior, depressed mood, hostility, and suicidal thoughts. This warning was due to a disproportionately high number of reports submitted to the FDA’s Adverse Event Reporting System regarding psychiatric adverse effects associated with varenicline.

How does varenicline affect psychiatric behavior?

Although the mechanism for varenicline-induced psychiatric effects is not fully understood, scientists suspect that its effects on modulating dopamine release (the mechanism by which it aids in smoking cessation), may also alter mood. Another proposed biological mechanism might be through its action as a partial nicotinic agonist, because nicotine receptors may influence impulsivity and aggression.

Review of publications about varenicline and psychiatric behavior

Thomas, et al: In this 2013 British Medical Journal prospective cohort study (n=119,546), the risk of depression, suicide, and self harm was assessed with varenicline vs nicotine replacement therapy (NRT). The study concluded there was no evidence that patients prescribed varenicline had higher risks of fatal or non-fatal self harm or treated depression compared with those prescribed NRT.

Cinciripini, et al: This 2013 JAMA Psychiatry randomized clinical trial (n=294), looked at the effect of varenicline on depression, negative affect, and other symptoms of nicotine withdrawal. In the study, varenicline was associated with a generalized suppression of depression (7% varenicline vs 13.2% placebo) and decrease in negative affect and sadness vs placebo. There were no differences noted in self-reported rates of other neuropsychiatric adverse events between varenicline and placebo.

Garza, et. al: In this 2011 double-blind randomized study in Biological Psychiatry, the authors assessed the risk of neuropsychiatric adverse events in abstinent smokers treated with varenicline or placebo. The results concluded there were no significant differences between groups on measures of depressive symptoms, anxiety, aggression/hostility, or other neuropsychiatric adverse events.

Moore, et al: This 2011 article in PLOS One assessed the risk of suicidal behavior and depression in smoking cessation treatments by looking at case reports submitted to the FDA’s adverse event reporting system. The authors discovered varenicline showed a disproportionate high number of reported depression and suicidal/self injurious behavior (90% of reported cases of suicidal/self-injurious behavior or depression were attributed to varenicline; 7% bupropion, 3% NRT).

Based on the literature reviewed, the majority of the evidence does not support an increased risk of psychiatric side effects with varenicline administration. However, more case reports involving varenicline have been reported than other FDA approved smoking cessation therapies. Although no single cause for this phenomenon has been identified, several potential factors may play a role. First, people who smoke typically have more aggressive and impulsive traits. Second, the reported symptoms of depression may be due to the nicotine withdrawal and loss of the cognitive effects of nicotine. Finally, the heightened media coverage of psychiatric events from varenicline use may also play a role. Regardless of the possible cause, due to the numerically higher number of case reports, published black box warning, and biological plausibility, using varenicline in an individual with a psychiatric history or high predisposition to psychiatric events should require extra monitoring and follow-up while taking the medication.

Cinciripini P, Robinson J, Karam-Hage M, et al. Effects of varenicline and bupropion sustained-release use plus intensive smoking cessation counseling on prolonged abstinence from smoking and on depression, negative affect, and other symptoms of nicotine withdrawal. JAMA Psychiatry. 2013 May;70(5):522-33.