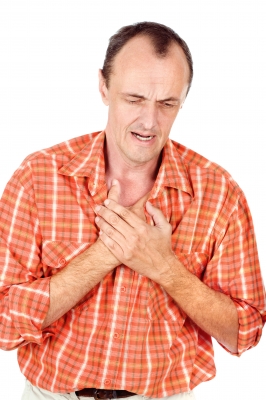 Chronic obstructive pulmonary disease (COPD) is defined as the limitation of airflow to the lungs that affects normal breathing and is not fully reversible. COPD is associated with an abnormal inflammatory response of the lungs to toxic particles or gases and it gets worse over and time. This chronic inflammation may lead to emphysema which is the destruction of the gas-exchanging surfaces of the lungs and is one of the many structural changes that cause COPD. Chronic bronchitis is another feature of COPD and is defined as the presence of a productive cough for 3 months in each of two consecutive years (though it can also occur in people who don’t have COPD). COPD typically occurs in mid-life after a long history of smoking.