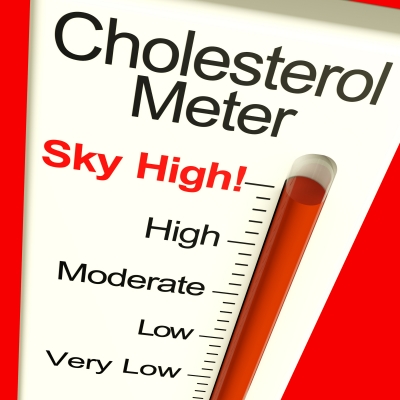 What are Statins and how do Statins Work?

Statins are used by approximately 24 million Americans. Statin drugs reduce the level of cholesterol in the blood by inhibiting the key step in the biochemical pathway for the biosynthesis of cholesterol. Also known as 3-hydroxy-3-methylglutaryl coenzyme A reductase inhibitors, they are commonly prescribed for patients who have hyperlipidemia with or without any evidence of cardiovascular disease (CVD). This biochemical pathway is also involved in the biosynthesis of other physiological processes including the production of Coenzyme Q10. Coenzyme Q10 is a required precursor for the synthesis of adenosine triphosphate (ATP) in the mitochondria, often referred to as the energy currency of the cell. ATP is required to power muscle contraction. With statin drugs on board, inhibition of the synthesis of Coenzyme Q10 may occur to some variable degree and less ATP could be made available to power muscle contraction during exercise. Coenzyme Q10 is often supplemented in an effort to prevent these complications.

What is normal cholesterol or what is the optimal level of cholesterol?

The goals created over the last three decades seem to be getting lower and lower. Are therapeutic targets unrealistic for people without documented cardiovascular disease? Some patients have genetic influence to have high cholesterol. Some have a family history of heart disease. A balance between diet and pharmacologic interventions must be contemplated with considerations for potential for arterial sclerosis vs. the potential for adverse effects and physiological toxicity.

What do the studies show us?

Reducing high blood cholesterol, a known risk factor for cardiovascular disease (CVD) with statins, is considered efficacious in patients with well documented coronary artery disease. Unfortunately little benefit has been demonstrated for statin therapy in the absence of both hyperlipidemia and inflammation. Of course, inflammation is much more difficult to monitor and treat than the current process of reducing an arbitrary number with antihyperlipidemic agents. A controversial Cochrane Review of the medical literature concluded that there was not enough evidence to recommend the widespread use of statins in the primary prevention of heart disease, a conclusion that was challenged by other researchers and clinicians. Cochrane Reviews are systematic reviews of primary research in human health care and health policy, and are internationally recognized as the highest standard in evidence-based health care.

“Statin” medications are often prescribed to patients that are at low-risk of any cardiovascular event. The literature today demonstrates the disparity between the true incidence of complications and the minimal benefit in primary prevention of health disease. What are the consequences of using a therapy that may prevent a future disease? No harm no foul?

Most physicians and patients would gladly trade any minimally perceived adverse effect because of a perceived tremendous cardiovascular benefit to its long-term use.

Have you read the recent headlines about statins?

"Statins Linked to Fatigue in Randomized Study: Moderate doses of both simvastatin and pravastatin were associated with tiredness and exertional fatigue in what is thought to be the first randomized study to look at such adverse effects with statins".

"Atorvastatin treatment reduces exercise capacities in rats: involvement of mitochondrial impairments and oxidative stress: Do Statins Make It Tough to Exercise". The cholesterol-lowering drug Lipitor was given to a group of rats for two weeks. Physical exercise, when coupled to statin treatment, is not well tolerated. The results of our study in animals may provide some pathophysiological mechanisms explaining this intolerance in humans".

The most severe consequence of statin use are liver damage and rhabdomyolysis. Older age and female sex both increased the risk of myopathy. Recently, the requirements for monitoring liver enzymes have actually been reduced: On February 28, 2012 the FDA announced safety changes in labeling for some cholesterol-lowering drugs. Routine Liver-Enzyme Monitoring No Longer Needed With Statins

The idea that statin therapy may prevent a dire health condition in the future is complicated by the fact that over twenty years has passed since widespread use of this class of medications came to market without any epidemiological proof that they are working for primary prevention. Patient complaints often described as muscle pain or weakness, fatigue, impotence, loss of libido and erectile dysfunction (ED), and memory loss are seldom characterized as associated drug induced complications. Objective laboratory results that indicate increases in blood sugar levels (hyperglycemia) or hepatic complications including significant elevations of liver enzyme levels are rarely considered justifications by physicians to stop statin therapy.

Limited evidence showing that primary prevention with statins can improve patient quality of life among people at low cardiovascular risk should also be considered. Without cost effectiveness consensus or consideration of the minimal reporting of adverse effects to the US Food and Drug Administration (FDA), it is very unlikely that physicians and researchers are being provided with full information about the complications related to this class of drugs. Muscle pain and fatigue complaints by patients are often met with physicians explaining to patients that they must “tough it out” and that these are necessary complications of therapy. What causes atherosclerosis is possibly a combination of chronic long term inflammatory processes caused by infection or some other conditions. Statins have been found to produce a slight incidental anti-inflammatory effect. In certain high risk populations, there may be a very slight observable benefit (because of the anti inflammatory effect but not necessarily due to lowering cholesterol). But is it worth the risk and side effect in otherwise healthy people? Are the benefits small even in persons with prior events? Future research hopefully will explain if statin’s benefits in preventing cardiac arrest are actually due to an anti-inflammatory or antioxidant effect.

If high cholesterol is not the actual problem-Why are these medications prescribed at such an alarming rate?

Statins are without a doubt the biggest cash cow in drug history. As reported by the IMS Institute for Healthcare Informatics in April, 2011: Top 200 drugs of 2010 by sales of just the two most popular brand name statins Lipitor and Crestor alone exceeded 11 billion dollars! If you count Vytorin or the non-statin hyperlipidemia medication Tricor you can add several more billions to the dollars spent on high cholesterol.

Increased recognition and awareness of the ability of these medications to compromise the well being of patients is needed. A system that improves patient and prescriber’s knowledge and monitoring of actual risks and benefits of lowering cholesterol levels is needed. Without a doubt, a better understanding of these issues could serve to improve the quality of life of our patients.

Statins and Risk of Increased Blood Sugar Levels and Diabetes