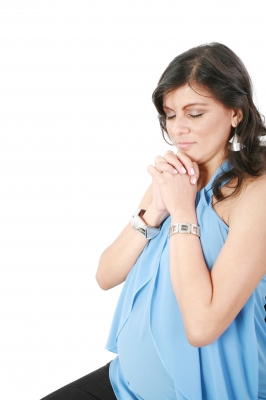 Drugs that cause birth defects are called teratogens. Teratogenic drugs can impair the normal development of the fetus and lead to birth defects. These drugs can affect the fetus any time during pregnancy. Several factors such as the state of pregnancy, route of administration, and the amount and dose of the drug, may affect outcomes. When prescribing a drug to pregnant women, it is very important for clinicians to remember that both mother and developing fetus must be considered. Generally, drugs should not be used during pregnancy unless it is absolutely needed. The decision to administer a drug to a pregnant woman should be made only after a careful discussion between the woman and her physician about the risks and benefits to her and the baby.

How drugs affect the fetus

Can drugs taken by a father affect pregnancy?

It is well known that when a mother takes a drug the unborn baby may be expose to the drug. Drugs that cross the placenta may have negative, even life-threatening effects on the fetus and newborn. It is now known that a father who uses drugs can alter the sperm’s health and affect normal development of the fetus. Fathers may be responsible for child malformation and mental retardation if drugs have damaged their sperm.

For example, thalidomide is passed into the semen and there is a potential for causing birth defects. Therefore, a male patient taking thalidomide must use a condom during sexual intercourse with a woman of childbearing age and for 4 weeks after stopping therapy.

Doxorubicin may induce chromosomal damage in sperm, the ability to cause birth defect is a concern. Men taking doxorubicin should use effective contraceptive methods during treatment.

Methotrexate is very toxic to the embryo. It has been reported to lower the sperm count in men. It is recommended that males should discontinue methotrexate at least 3 months before planning to have a baby.

More than 50% of pregnancies in the United States are unintended. Of teenage pregnancies, 78% are unintended. Therefore, a woman of childbearing age who is taking a medication that has a high risk of causing birth defects must use two methods of reliable birth control. For some drugs enrollment in restricted distribution program may be required. Enrollment programs require prescribers, pharmacists, and patients to comply with certain conditions before prescribing, dispensing, or receiving these medications.

For example, thalidomide (a drug used to treat skin diseases such as severe mouth ulcers) can cause server birth defects if is  used during pregnancy. This drug causes underdevelopment of arms and legs, defects of heart, eye, ears, absence of bones and death. Thalidomide should not be initiated unless two negative pregnancy tests are confirmed. The first test and the second test should be done within 10-14 days and 24 hours before beginning treatment, respectively. In addition, women must use 2 methods of birth control for at least 4 weeks before, during, and 4 weeks after discontinuing therapy.

Isotretinoin (a drug used to treat skin disorder) can cause birth defects if women become pregnant within 2 weeks after stopping therapy. Before taking isotretinoin, a woman of childbearing age must have two negative pregnancy tests before beginning treatment and must complete a consent form stating that she understands the risk of taking this drug. A woman must also use 2 forms of contraception one month before, during, and one month after stopping therapy.

What are the 5 FDA pregnancy risk categories

The Food and Drug Administration (FDA) developed risk categories (A, B, C, D, X) to help clinicians choose a drug for prescribing during pregnancy.

Category A: Drugs are generally considered safe during pregnancy, and well controlled studies in women show no risk to the fetus.

Category C: Studies in animals have resulted in harm to the fetus and there are no well-controlled studies in pregnant women. Also includes studies, which are not done in animal or in women. Drugs can be used only if the benefits justifies the risk to the fetus.

Category D: There is definite evidence of human fetal risk. The benefit from use in pregnant women can be acceptable only in life threatening situation or for a serious disease for which safer drugs are ineffective or unavailable.

Category X: Studies in animals or human have shown fetal abnormalities or there is positive evidence of human fetal risk or both, and the risk far outweighs any possible benefits. The drug is contraindicated in pregnancy.

Here is a list of drugs to avoid during pregnancy

Sachdeva, Punam & Patel, B G & Patel, B K. Drug use in pregnancy; a point to ponder! Indian journal of pharmaceutical sciences. 2009.