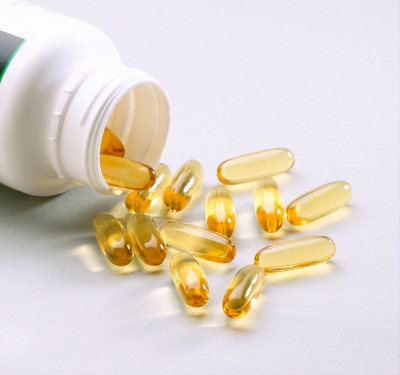 Epanova (Omega-3-Carboxylic Acids) is the first FDA approved omega-3 in free-fatty acid form used to treat high levels of triglycerides, which is fat in the body. It is made from fish oil and it is a mixture of docosahexanenoic acid (DHA), eicosapentaenoic acid (EPA), and other free fatty acids. Omega-3 fatty acids are a type of “good fat” that reduce triglycerides in the blood. When triglycerides are too high, they can increase the risk of heart disease and pancreatitis. According to the American Heart Association, triglyceride levels should be at or below 100 mg/dL. Currently, the exact mechanism of action of Epanova is unknown, but some possible mechanisms include increased plasma lipoprotein lipase activity, inhibition of acyl-CoA, and decreased liver lipogenelipogenesis. This means that Epanova decreases triglycerides by preventing the formation and release of triglycerides in the liver and to increase the clearance of triglycerides from the blood.

What is Epanova indicated for?

Epanova is a prescription medication that should be used along with diet to help reduce triglyceride(TG) levels in adults with severe hypertriglyceridemia (>500 mg/dL).

How effective is Epanova?

What are Epanova side effects?

Epanova is available as 1-gram capsules.  The dosage of Epanova should be 2-grams (2 capsules) or 4-grams (4 capsules) once daily.  This should be individualized for each patient depending on the patient's response and tolerability.

What are possible drug interactions with Epanova?

Anti-platelet or anti-coagulation(e.g. aspirin, warfarin, clopidogrel):  Although there are no clinical studies of Epanova and drugs affecting coagulation (blood clotting), there is evidence that omega-3 fatty acids may prolong bleeding time. Patients taking any drugs that affect coagulation should be monitored periodically when treated with Epanova.

What are Epanova Precautions?

What is the cost of Epanova?

According to the manufacturer the price of Epanova has not been established. There is currently no set date when Epanova will hit the market.

How to obtain prescription assistance for Epanova?