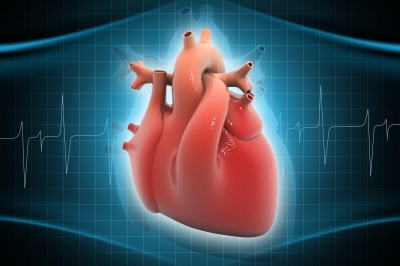 The FDA approved Amgen's Corlanor (ivabradine) on April 15, 2015. Corlanor is the first heart failure medication approved in nearly over a decade. It was reviewed under the FDA’s priority review program, which provides an expedited review and approval of drugs that are intended to treat  serious diseases or conditions and may provide a significant improvement over available therapy. Corlanor belongs in a new class of medications called  hyperpolarization-activated cyclic nucleotide-gated (HCN) channel. This new drug class provides a viable option for heart failure patients who are still at risk of hospitalization even when receiving maximal doses of standard heart failure therapies.

Corlanor is indicated for reducing the risk of hospitalization from heart failure in patients with stable, symptomatic chronic heart failure with ventricular ejection fraction <35%, who have a normal heart rhythm with a resting heart rate of >70 beats per minute, and are either on maximum doses of beta-blockers or cannot tolerate beta-blockers.

Corlanor works by blocking the hyperpolarization-activated cyclic nucleotide-gated (HCN) channel. HCN channels, also known as pacemaker channels, are responsible for generating and regulating the heart’s firing rate and heart rate. By blocking HCN channels, Corlanor reduces the spontaneous pacemaker activity of the HCN channel, slowing heart rate without affecting the heart’s contractility. With reduced heart rate the heart does not have to work as hard which helps reduce the symptoms of heart failure and frequent hospitalization for worsening heart failure.

In a clinical study involving 6,505 patients Corlanor reduced the risk of hospitalization for worsening heart failure. Hospitalization for worsening heart failure occurred in 15.6% of patients in the Corlanor group compared to 20.2% of patients in the placebo group. Corlanor did not reduce the risk of cardiovascular death which was 8.9% in the Corlanor group versus 8.5% in the placebo group. Most patients (89%) in the study were taking beta-blockers.

Corlanor should be avoided in patients with:

Corlanor may cause side effects such as reduced heart rate, high blood pressure, atrial fibrillation, and temporary visual disturbance involving flashes of light.

Serious side effects of Corlanor include fetal malformation if used during pregnancy, atrial fibrillation, and slowing of heart rate (bradycardia). Pregnant women should be advised of the potential risk to fetus. Females of reproductive age should use effective birth control and to contact their primary care physician immediately if they become pregnant. Because Corlanor slows heart rate, concomitant use of medications that also slow heart rate should be avoided or monitored carefully. Beta-blockers, digoxin, and amiodarone are examples of drugs that slow heart rate.

LCZ696 and Other Congestive Heart Failure Medications in Development

Nothing Fishy about Fish Oil and Omega-3 Fatty Acids