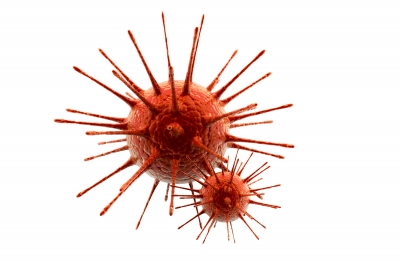 On November 20, 2012, the FDA approved Novartis’ first cell culture derived influenza vaccine, Flucelvax, for patients 18 years of age and older. Until now, flu vaccines were derived from egg based cultures. Instead of using egg cells, Flucelvax is made from an inactive virus grown in a continuous cell culture line from canine kidney cells. Cells in a continuous cell line can continue replicating indefinitely.

What are the advantages of a cell-based vaccine

Unlike chicken eggs which must be farmed year round and have a finite supply, cells from a continuous cell culture line can be frozen and used later. Some other advantages of the cell-based technique are that candidate vaccine virus strains can be grown without adapting them to egg culture. Viruses inoculated in eggs undergo molecular changes that allow them to grow in egg cells. Flu viruses do not undergo molecular changes when grown in canine kidney cells. These two factors may potentially speed up large scale vaccine production in case of a pandemic.

Since Flucelvax is not grown in eggs a theoretical advantage is that patients with egg allergies are able to receive this vaccine. However, the vaccine components may have been passaged in eggs, which may introduce trace amounts of egg protein. According to experts, a vaccine grown in mammal cells may be a closer match to the WHO recommended virus for vaccine use. This can increase the chances that the individual vaccinated with this particular vaccine will have immunity against the influenza virus.

Some added benefits of the vaccine are that it contains no preservatives or antibiotics and is supplied in a pre-filled syringe which aids in easier administration. Preservatives are inactive ingredients that are sometimes added to vaccines to achieve the right consistency and a longer shelf life. Preservatives can cause allergic reactions in individuals that are sensitive to them. Some preservatives found in egg based flu vaccines include formaldehyde, octylphenol ethoxylate, sodium phosphate, gelatin, thimerosal, and egg protein. Antibiotics are added to vaccines to prevent bacteria growth in vaccines during storage. Overuse of antibiotics increases the chances of resistant infections.

What are disadvantages of Flucelvax

Egg based vaccines are generally safe for children 9 years and older, while Flucelvax is currently only approved for adults. Flucelvax has not been studied as extensively as other flu vaccines that have been on the market for a longer time. For instance there is no data on the safety of Flucelvax in children and pregnant women. With more time on the market, more information about Flucelvax will become available.

Flucelvax was compared to Agriflu (Novartis’s egg-based flu vaccine) in adults ages 18-64. Seroconversion tests were done to determine if administration of Flucelvax could lead to immunity against particular strains of influenza (A/H1N1, A/H3N2, and B). Seroconversion is when a person’s immune system builds detectable antibodies against a microorganism. Flucelvax works just as well as Agriflu in inducing seroconversion.

What is the dosing of Flucelvax

Flucelvax should be refrigerated at 2-8 °C, not frozen. The dose of Flucelvax is 0.5 milliliter injection into the muscle. Flucelvax should be shaken vigorously before administration. The most common adverse events associated with Flucelvax were pain and redness at the injection site, headache, fever, myalgia, and malaise.

Flucelvax should not be given to anyone that has had a severe allergic reaction to any component of the vaccine. Since the tip caps of the pre-filled syringes are made of latex, it may cause an allergic reaction in latex-sensitive individuals. Flu vaccines have been associated with an increased risk of Guillain-Barre syndrome. If a patient has experienced Guillain-Barre syndrome after getting a flu shot, Flucelvax should be administered with caution.

There are no studies of Flucelvax being administered with other vaccines. The prescribing information states that if another vaccine is given at the same time, it should be administered at a different injection site than Flucelvax and should not be mixed in the same syringe or vial. Drugs and procedures that decrease the body’s immune response such as irradiation, antimetabolites, alkylating agents, cytotoxic drugs, and corticosteroids can decrease the effectiveness of Flucelvax.

Flucelvax is now available and it is manufactured by Novartis’ Holly Springs facility in North Carolina.