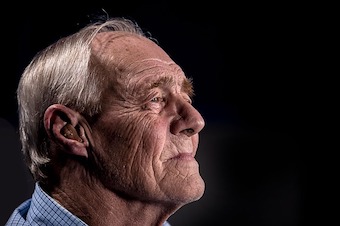 What is Gocovri and its mechanism of action?

Gocovri is an extended-release version of amantadine. How amantadine reduces dyskinesia in people with Parkinson’s disease is unknown. Amantadine is known to increase the effects of dopamine by acting on dopamine neurons. Amantadine also mimics the effect of drugs that block the action of acetylcholine.

What is Gocovri used for treating?

Gocovri is used for the treatment of dyskinesia in people with Parkinson’s disease who are treated with levodopa, with or without dopaminergic medications. Dyskinesia is an the abnormal and/or uncontrolled involuntary movement of the body. Dyskinesia is a side effect of Levodopa treatment and it has a significant impact on activities of daily living.

Additionally, with the extended-release formulation, the “OFF” time of the drug is significantly decreased, causing less rebound dyskinesia symptoms.

What is the recommended dosing for Gocovri?

The initial recommended dosing is 137 mg once daily. The dose should be increased to 274 mg once daily at bedtime after one week. The capsule should be swallowed whole but may be sprinkled on soft food. It may be taken with or without food.

The efficacy of Gocovri was tested in two randomized, double-blind, placebo-controlled studies that compared changes in the total United Dyskinesia Rating Scale (UDysRS) score. UDysRS is a rating scale that measures dyskinesia symptoms. The average UDysRS score after 12 weeks was compared to the average UDysRS scale score at the beginning of the study.

What are the side effects of Gocovri?

What are Gocovri’s drug interactions?

Taking Gocovri with other drugs that also block the effect of acetylcholine increases side effects such as dry mouth, urinary retention, and constipation. Example of these drugs includes ipratropium, atropine, and benztropine.

Carbonic anhydrase inhibitors, sodium bicarbonate, and other drugs that lower the urine pH should be avoided because they decrease the excretion of amantadine and may increase it blood levels and the chance of side effects.

What is the price of Gocovri?