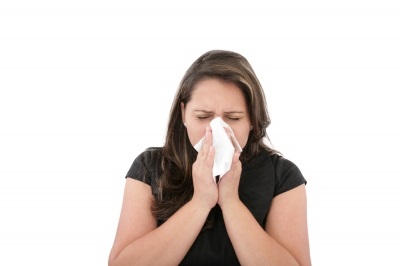 What is Grastek and how does it work?

Grastek is a sublingual (placed under the tongue) tablet that is made up of extractions from Timothy grass pollen. Grastek is a treatment option for people between the ages of 5-65 years who suffer from grass pollen allergies with or without conjunctivitis (eye swelling or inflammation). The immune system is designed to protect the body from foreign substances which pose a threat to our health. The immune system in allergy sufferers is easily activated by a generally non-harmful substance such as grass pollen and causes significant misery. Allergy immunotherapy treatments such as Grastek decrease the immune response to non-harmful substances such as Timothy grass pollen.

The exact mechanism of how Grastek works to treat and prevent allergy symptoms is unknown. Scientists think that by providing our bodies with small amounts of the allergen regularly, over time tolerance is developed. With continued use our immune system gets used to the allergen and is activated less often, allowing patients to experience symptoms less frequently and symptoms are less severe. Grastek helps patients manage their allergy symptoms and may also prevent symptoms with continued use.

Grastek is used to treat allergic rhinitis caused by Timothy grass and other related grass pollens. Although not native to North America, today Timothy grass is widely grown in the US as hay and pasture grass. Most grasses begin to grow in early spring and start to release their pollen by late spring or early summer. The pollen released by Timothy grass is the cause of asthma or allergy symptoms in millions of allergy sufferers. Allergic rhinitis affects approximately 30 million people in the United States and significantly impacts quality of life.

Symptoms of allergic rhinitis include:

Before treatment with Grastek doctors perform a skin or lab test to confirm that symptoms are caused by Timothy grass or other related grass pollens.

The following clinical trials were conducted to measure the effectiveness of treatment with Grastek. The end points measured were the daily symptom score (DSS) and the daily medication score (DMS). DSS is the number and severity of allergy symptoms experienced by patients per day while the DMS score corresponds to the number of allergy medications used by patients per day to manage their symptoms. All trials showed that Grastek was superior to placebo in decreasing both DSS and DMS measurements.

Grastek was compared to placebo (sugar pill) in patients between the ages of 5 and 65 years over a period of 24 weeks. Patients taking Grastek had a DSS of 2.49 versus 3.13 in the placebo group. The DMS in the Grastek treated group was 0.88 versus 1.36 in the placebo group.

Grastek was compared to placebo in pediatric patients between the ages of 5 and 17 years over a period of 24 weeks. The DSS and DMS in the treatment group was 3.71 and 0.91 respectively, compared to 4.91 and 1.33 in the placebo treated group.

Grastek was compared to placebo in patients 18 years and older for a period of 5 years. Patients were treated with either Grastek or placebo daily for 3 consecutive years followed by 2 years of observation with no treatment. Patients treated with Grastek experienced a decrease in their daily symptoms and daily use of allergy medications throughout the pollen season during the 3 years of active treatment. These benefits were sustained during the 1st year without treatment but not in the 2nd year.

What are interesting facts about Grastek?

What is the dosage of Grastek?

Grastek is only available as sublingual tablets of 2800 Bioequivalent Allergy Units (BAUs).

Grastek is taken once daily. Patients should start treatment at least 12 weeks before the start of the pollen season and continue treatment throughout the season. Patients can take Grastek once daily for 3 years to experience sustained benefits for one grass pollen season after stopping treatment.

All patients must be given their first dose of Grastek in their doctor’s office. The patient is observed for at least 30 minutes for signs or symptoms of a severe allergic reaction.  If the patient does not have any problems with the first dose, the patient can then be given a take home prescription of Grastek.

Grastek is available as a sublingual tablet that should be placed under the tongue. Patients should not swallow their saliva for at least 1 minute. The tablet should be handled with dry hands and it’s important to wash hands after handling the tablets.  Grastek should not be taken with food and up to 5 minutes after eating or drinking.

What are the possible side effects of Grastek?

Common: swelling under the tongue, throat irritation, and itching of the mouth, lips, or tongue.

Who should not take Grastek?

A history of eosinophilic esophagitis

A history of any type of severe systemic allergic reactions

Hypersensitive to any ingredient contained in the product

Pregnancy:  Category B.  There was no indication of harm to the fetus due to Grastek in animal studies. However, GRATEK should be used in pregnancy with caution as adverse reactions associated with immunotherapy during pregnancy may be poorly tolerated.

Nursing mothers: It is unknown if Grastek is excreted in breast milk.  Due to the lack of safety evidence, Grastek should be used cautiously in nursing mothers.

What is the cost of Grastek?

How to obtain prescription assistance for Grastek