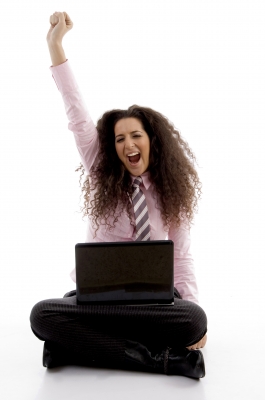 Whereas grading in high school is fairly straightforward, grading in college is a bit more complicated. This is because in high school, your grade is usually whatever your raw score is. There are also many more assignments that determine your grade, and it is unusual to have something count for a substantially large chunk of your final average. The combination of curving, heavily weighted tests, and a shortened time frame for classes mean that when students first reach the collegiate level, they are often uncertain and worried about what their final grades will be. Understanding how the different grading metrics work can prove invaluable for knowing just where you stand in a class.

Perhaps the most immediately noticeable difference that college grading presents is the fact that suddenly, very few tests count for a huge portion of your grade. It is not unusual to see final exams that count for up to 40 or even 50% of your average. This tends to lead to two main problems. One is that since maybe two are three assignments can count for three-fourths of your average; there is the temptation to treat the other coursework as less important. This should be avoided at all costs as those smaller assignments often contain valuable information that will be present on the more heavily weighted exams, and they can make the difference between a B+ and A-. The second major problem is that people panic when they see how much certain things count for. While taking a test that counts for half your grade is intimidating, it is important to keep in mind that everyone else in the class is in the same situation and that teachers are perfectly aware that one test does not make a student.

It is often after the first round of exams are completed that students become aware of the second major difference between high school and college grading systems. That is the existence of a curve. Whereas curving in high school is often rare, curving in college is standard for many courses. The grade lines are generally determined by set parameters whereby a certain percentage of students will receive certain grades. For example 30% may ultimately receive an A or A-. In order to understand how a particular class’ curving will work, you need to first find out what these percentages will be. If the teacher refuses to make that knowledge public as is sometimes the case, it is advisable to talk to students who previously had the professor in order to get some idea. The next step to understanding where you stand in the class is to look at the class averages. While many people will focus on the mean average, the median score is actually more important. This is because the median is the number that 50% of the students scored below. Knowing this automatically gives you a general idea of where your grade falls. Knowing the standard deviation for exams is also useful since assuming a normal distribution of scores, the majority of students will generally fall within one standard deviation above or below the average. Thus in order to get an A, it is advisable to try to stay at least one standard deviation above the average.

Ultimately while college grading can at first appear to be both confusing and scary, it is perfectly manageable once you understand it. The goal should be to focus on doing well on all assignments to the best of your ability. Do not get too focused on your raw score, but rather pay attention to where your score falls in relation to the other students in the class. This, not the raw number, will usually determine what your grade will be.