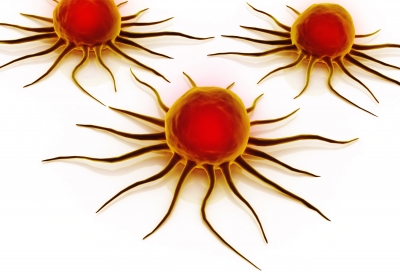 What are Antibody-Drug Conjugates?

There is a new class of drugs that has significant potential to create breakthroughs in cancer treatment. This class is known as antibody-drug conjugates (ADCs), which simply refers to a drug that is attached to an antibody [see figure 1]. Antibodies are proteins that the immune system uses to recognize and neutralize specific foreign objects within the body. Antibodies may be produced by the body’s own immune system, or the antibody may be supplied to the body through pharmaceutical drugs. The antibody in the ADC is designed to recognize the cancer cell!  The attached drug is usually a toxic agent, such as a chemotherapy drug or even a toxin, like diphtheria. By being attached to the site-specific antibody, the toxic agent is directed to the cancer site to have its effect, rather than affecting normal-functioning cells.  With less toxic activity throughout the body, these ADCs have fewer side effects, while still using potent anti-cancer drugs.

While the concept of ADCs has been around for decades, the technology was only mastered recently. The magic is in the linker—the portion that binds (or “conjugates”) the drug and antibody, and keeps the drug in an inactive state. It is designed to remain stable throughout the body, without releasing the toxic drug too early. The properties of the linker are manipulated so that the toxic drug is only released once the ADC has entered the cancerous cell. Since the toxic drug remains inactive until then, higher doses of drugs or stronger drugs may be used with less risk of significant side effects.

To date, there are only two ADCs marketed in the United States—Adcetris (brentuximab vedotin), used in Hodgkin's lymphoma and anaplastic large cell lymphomas, and Kadcyla (ado-trastuzumab emtansine), used in breast cancer. 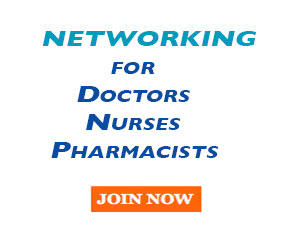 Current breast cancer treatment strategies are largely dependent on the tumor burden (size and location) and cancer-cell classification. Treatment may employ any combination of radiation, surgery, chemotherapy, hormone therapy, or biologic therapy based on the patient’s cancer. For example, if the tumor is large and has spread to multiple locations throughout the body, the treatment plan could be different from the plan for a single tumor site.

There are various types of breast cancer cells, which can help determine how successful certain drug therapies will be. Tumors are classified based on the presence of estrogen and/or progesterone hormone receptors (designated “positive” if present), as well as if the tumor overexpresses a growth factor receptor on its surface, known as the human epidermal growth factor receptor 2 (HER2). If classified as estrogen and/or progesterone “positive,” treatment plans can employ endocrine therapies such as tamoxifen. If the breast cancer is found to overexpress HER2 (HER2+), then biologic/HER2 targeting drugs may also be used—including Herceptin (trastuzumab), Perjeta (pertuzumab), Tykerb (lapatanib), and now the ADC Kadcyla (ado-trastuzumab emtansine). These drugs are most often used along with chemotherapy agents (except Kadcyla, which already has a chemotherapy agent attached) that target all rapidly dividing cells such as hair, stomach, and blood cells, in addition to the cancerous cells.

Twenty percent of breast cancers are classified as overexpressing HER2 (HER2+). With more of these growth factor receptors on the cancer cell surface, the cancer grows and divides very rapidly. This leads to a very aggressive cancer, which often recurs after treatment. However, with the advent of antibodies such as Herceptin and Perjeta binding directly to and blocking HER2 signaling in the cancer cells, there has been significant improvement in patient survival when these drugs are added to traditional chemotherapy regimens. 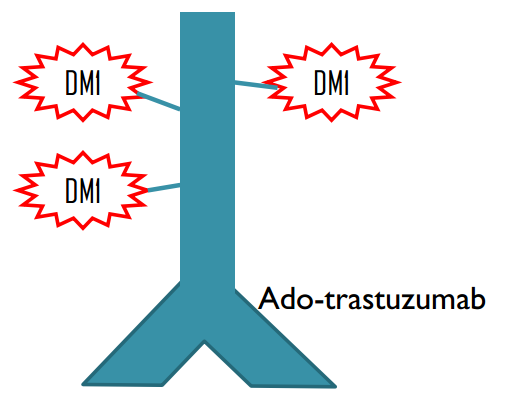 Kadcyla is the first antibody-drug conjugate approved for breast cancer treatment, and more specifically, in the treatment of HER2-positive metastatic breast cancer. It combines trastuzumab (Herceptin) monoclonal antibody, which targets HER2 overexpression on breast cancer cells, with the cytotoxic activity of DM1, a maytansine derivative. Once Kadcyla binds to HER2, it begins its anti-cancer effects by blocking growth signaling and directing the body's immune system toward this cell. Kadcyla is then internalized by the cell and degraded, which releases the now-activated cytotoxic DM1 component within the cell. DM1 interferes with the cancer cell cycle by inhibiting tubulin, which leads to cell death.

Kadcyla was approved through the FDA’s priority review program which provides a 6-month review process for drugs that may provide safe and effective therapy when no satisfactory alternative therapy exists, or offers a significant improvement compared to marketed products. It is currently approved as monotherapy for HER2-positive metastatic breast cancer in patients who have previously received trastuzumab and taxane therapy.  Patients should either:

Safety and efficacy of Kadcyla versus previously standard treatment (Tykerb plus Xeloda) was evaluated in EMILIA, an international, Phase III, randomized, open-label study of 991 HER2+ patients. It found:

The most common side effects reported in patients with Kadcyla were nausea, fatigue, constipation, headache, musculoskeletal pain, drop in platelet count, and elevated liver enzymes. Kadcyla has a boxed warning for liver toxicity, cardiac toxicity, and fetal-embryo toxicity. See full prescribing information for a complete list of warnings, precautions, and side effects.

As of today, there are 2 FDA-approved ADCs available for the treatment of cancer related diseases (Adcetris and Kadcyla), and approximately 60 more ADC-related clinical trials at various stages of completion. Future trends with ADCs include improved linker technology, new drug classes conjugated to antibodies, optimizing payloads (how many drugs are attached to each antibody), extracellular release at tumor environment, as well as a move towards non-oncology indications. As we learn more about unique properties and characteristics of disease targets, biopharmaceutics, such as antibody-drug conjugates, will help direct drug therapies to targets to increase efficacy and reduce side effects.

Grow your network while contributing to healthcare knowledge by joining and publishing an article.