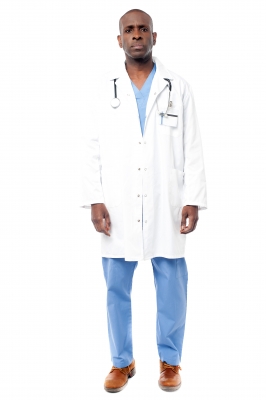 What is Lenvima and its mechanism of action?

What is Lenvima used to treat?

In 2012, there were an estimated 601,789 people living with thyroid cancer in the United States and 1.1% of men and women will develop thyroid cancer during their lifetime. Thyroid cancer is commonly diagnosed at a younger age than most other adult cancers. Nearly 2 out of 3 cases are found in people younger than 55 years of age. Treatment options for thyroid cancer include the following:

How effective is Lenvima?

The FDA approved Lenvima was based on a study of 392 patients with locally recurrent or metastatic radioactive iodine-refractory differentiated thyroid cancer and radiographic evidence of disease progression within 12 months prior to the study. Patients received Lenvima 24 mg once daily or placebo (dummy pill) until disease progression. Study results showed Lenvima-treated subjects lived a median of 18.3 months without their disease progressing (progression-free survival) compared to a median of 3.6 months for patients who received placebo. Additionally, 65% of people treated with Lenvima saw a reduction in tumor size compared to 2% of subjects who received a placebo.

What are some interesting facts about Lenvima?

What are the side effects of Lenvima?

Common side effects include:

More serious side effects include:

Lenvima is supplied as 4 mg and 10 mg capsules. The recommended daily dose of Lenvima is 24 mg (two 10 mg capsules and one 4 mg capsule) orally taken once daily with or without food. For severe renal or hepatic impairment the dose is 14 mg daily.

Lenvima is continued until disease progression or until unacceptable toxicity occurs.

Which drugs interact with Lenvima

What are warnings and precautions for Lenvima?

Patients should contact their health care provider immediately if the following symptoms occur while taking Lenvima:

Based on its mechanism of action and data from animal reproduction studies, Lenvima can cause fetal harm when administered to a pregnant woman. Therefore, females should use effective contraception while using Lenvima and for up to 2 weeks after completion of therapy. In animal reproduction studies, oral administration of Lenvima at doses below the recommended human dose resulted in harm to baby rats and rabbits. .

It is not known whether Lenvima is present in human milk; however, Lenvima and its metabolites are excreted in rat milk at concentrations higher than in maternal plasma. Because of the potential for serious adverse reactions in nursing infants from women taking Lenvima, they should discontinue breastfeeding during treatment.

What is the cost of Lenvima?

Where to find cost assistance for Lenvima