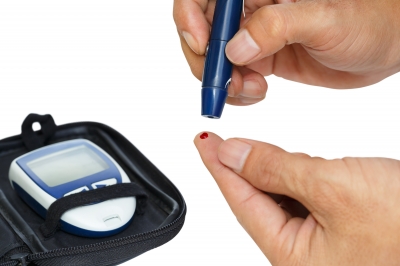 What is Levemir and its mechanism of action?

Levemir (insulin detemir) is a long-acting type of insulin used for treating diabetes. Levemir is a biologic drug made by using recombinant DNA (rDNA) technology. Insulin is a hormone produced and released by beta cells in the pancreas. Insulin is released to help the body regulate blood glucose. Insulin release is triggered by an increase in blood glucose from food consumption. Levemir is a basal insulin analog and it is equivalent to human insulin but it has a slower onset (3-4 hours), no pronounced peak (6-8 hours), and longer duration of action (up to 24 hours). Like other types of insulin, Levemir regulates the use of glucose by the body. It lowers blood glucose by stimulating glucose uptake by skeletal muscle and adipose tissue, and also reducing glucose production in the liver. Insulin enhances protein production and reduces the breakdown of protein into smaller protein molecules (polypeptides) and breakdown of fats to release fatty acids.

What is Levemir used for treating?

Levemir is used to lower blood glucose and improve diabetes control in adult and pediatric patients with type 1 diabetes mellitus and in adults with type 2 diabetes.