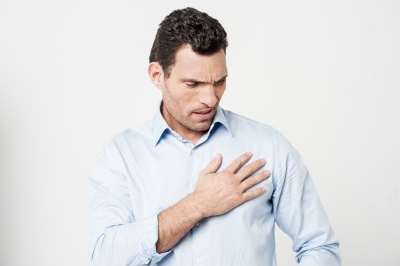 If you read books about successful people and how they got there, the most common advice is to practice active listening. Whether it is involving business partners, spouses, kids or friends, you are more likely to solve problems if you listen with the full intent to understand. Shouldn’t the same principle apply to our patients?

In our tightly-packed days, we find ourselves too busy to really listen so we just politely listen (i.e., wait for our turn to talk). Patients know when they are not being heard and tend to get annoyed when they are dismissed. What’s even more important is that we may be missing a big clue that may help diagnose their condition. The following case is about a patient who was misdiagnosed because the urgent care doctor did not listen.

TW is a 49-year old Asian male who presents to the urgent care clinic with complaints of pressure on his chest and fatigue. His symptoms began right after lunch, 2 hours earlier. The physician ordered an EKG and chest x-ray. Both tests revealed no abnormalities. TW’s vital signs were also within normal limits. Five months ago, his last cholesterol level was 201 mg/dl. TW has no pre-existing medical conditions. He regularly works out at the gym and does not smoke or drink.

Based on the unremarkable results of the exam, the physician diagnosed him with acid reflux. He was instructed to drive to the nearest pharmacy to get acid reducers. TW was too tired to drive to the pharmacy and wanted to rest first. So he left the urgent care and drove home. An hour after he came home, the chest pain began again. While on the phone with another physician, TW passed out and fell onto the floor. Within 3 minutes, he woke up drenched in his own sweat, a cardinal sign of a heart attack. He called 911. At the hospital, he was admitted with acute coronary syndrome (ACS). Angiography revealed two large blocked arteries and two drug-eluting stents were placed.

How the urgent care physician could have prevented misdiagnosing the patient

Based on the patient’s symptoms of chest discomfort and fatigue, the physician should have diagnosed TW with possible ACS. Patients with possible ACS, such as unstable angina, do not always present with electrocardiographic changes, S3 or S4 heart sounds or elevated cardiac biomarkers. The office should have called 911 to transport him to the nearest hospital with cardiac catheterization and rapid revascularization capabilities.

During his recovery, TW was asked if he had negative feelings towards the urgent care physician. He replied, “No. I can see why he thought I had heartburn because I’m so healthy. But I kept telling him, the nurse and the radiology tech guy that something hurts in my chest like something is squishing my heart. I am so tired that I couldn’t even drive and that’s not normal. I know what heartburn is and heartburn doesn’t hurt like that. Why didn’t they just listen to me?”

This is an example of misdiagnosis because the patient's symptoms and concerns were not fully considered. Fortunately, this story had a happy ending. We can learn from this case and prevent future misdiagnosis. It is important that we listen to patients.

Dr. Karine Wong has over 12 years of clinical experience as a clinical hospital pharmacist, manager and lecturer. Currently, she is the chief operating officer and co-founder of Pro-Gummies. Pro-Gummies are protein-rich fiber gummy snacks that are more delicious than protein bars and healthier than any candy. She is also the author of Call Me Doctor, her first fiction novel, and a children's book called Don't Sit on Her.