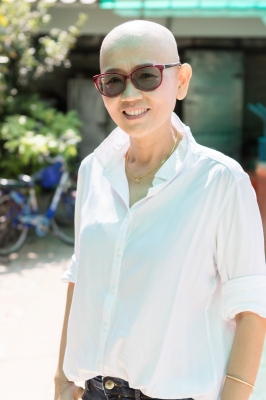 There is no doubt that cannabis use is a widely debated topic with many arguments for and against legalizing the sale and distribution of marijuana. One of the largest arguments for the legalization of this substance is its use for medicinal purposes. In fact, medicinal marijuana has been used for centuries as a remedy to heal the sick, and has recently been shown to ease chronic pain, reduces seizures in those with epilepsy, improves appetite for those who are in chemotherapy and more. Because of this, 22 states, as of 2015 elections, have listened to the pro-cannabis activists and have made medical marijuana legal.

It is no secret that there has been a lot of interest surrounding the theory that cannabis is a cancer treatment. Many people are interested and excited by the potential this plant has to offer as a modern, natural, medicine. Let’s examine some of the larger discoveries that have been made thus far as well as a few ongoing studies of medicinal marijuana.

As helpful as this is however the real excitement is in anecdotal reports about cannabis actually curing cancer. The issue with these claims is that they are not scientifically supported. Still, these claims have sparked interest in the use of cannabis in treating cancer. According to the National Cancer Institute, there are animal and human studies that suggest that cannabis may be effective for cancer treatment. For example, a small study was conducted in which intratumoral injection of delta-9-THC was given to patients with recurrent glioblastoma multiforme. The investigators reported that tumor cell proliferation was reduced in two patients.

Furthermore, other studies are evaluating oral cannabidiol (CBD), as the single factor for reducing and or eliminating tumors in patients. In this study patients with recurrent glioblastoma multiforme are given a dose of both THC and CBD in a 1:1 ratio in a Cannabis-based medicinal extract oromucosal spray in conjunction with temozolomide. In another study, CBD will be used for the treatment of acute graft-versus-host disease in patients who have undergone allogeneic hematopoietic stem cell transplantation.

It is clear that the use of marijuana for treating cancer is a popular subject among doctors, patients, family members of those who have been affected by cancer. Pro-cannabis activist and the general population have an interest finding a more definitive answer to whether or not cannabis is useful in beating cancer.

Learn more about the medicinal uses of marijuana at the Pot Valet.