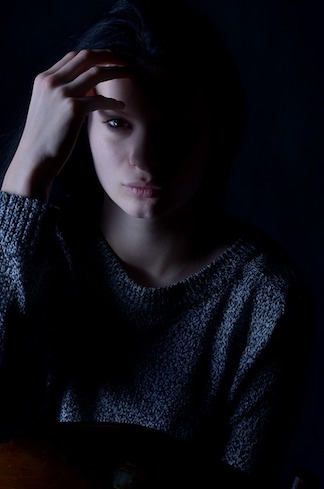 Fibromyalgia is a chronic pain disorder characterized by widespread pain in muscles and joints, general fatigue, insomnia, and cognitive dysfunction. According to the American College of Rheumatology (ACR), fibromyalgia affects 2 to 4 percent of the population and mostly women. Treatment of this disorder is directed at reducing its major symptoms. Treatment is individualized and multidisciplinary, involving both nonpharmacological measures and drug therapy.

There are three FDA approved medications for the treatment of fibromyalgia. The first medication approved for fibromyalgia is pregabalin (Lyrica), which works by blocking the over-activity of nerve cells involved in pain transmission. The drugs duloxetine (Cymbalta) and milnacipran (Savella), alter some brain chemicals to help control pain levels. There are no direct clinical comparisons between duloxetine, milnacipran, and pregabalin. Thus, the approach to therapy is to choose between these medications based upon patient preference, prominence of particular symptoms, and patient tolerance.

Originally developed to treat epilepsy, pregabalin was the first medication approved to specifically treat fibromyalgia. It is a calcium channel modulator that binds to a protein in nerve cells to block the release of various neurotransmitters responsible for heightened pain sensitivity.

The manufacturer-recommended starting dosage is 75 mg twice daily. The dose can be titrated to 150 to 225 mg twice daily after one week. Adverse effects of pregabalin include dizziness, somnolence, weight gain, and dry mouth. Due to its somnolence, pregabalin may be a good option for patients with sleep disturbance in addition to pain.

Both drugs are classified as serotonin-norepinephrine reuptake inhibitors (SNRIs) because they work by increasing the activity of the neurotransmitters serotonin and norepinephrine in the brain. These two chemicals are involved in the brain’s natural pain-suppressing system, thus both duloxetine and milnacipran can improve pain.

In addition to FDA approval for fibromyalgia, duloxetine is also approved for use in major depressive disorder and generalized anxiety disorder. Therefore, it may additionally promote an overall feeling of improvement in patients with fibromyalgia.

The recommended starting dose of duloxetine for fibromyalgia is 30 mg once daily in the morning, titrated after one week to 60 mg once daily. Studies have shown that duloxetine has significantly reduced pain by at least 50 percent compared to placebo. Additionally, an increase in both quality of life and mental fatigue has been observed, but not general fatigue. Common adverse effects of duloxetine include dry mouth, nausea, headache, and constipation.

Milnacipran is an option for patients who need pain relief and improvement in general fatigue. The initial dose recommended by the manufacturer is 12.5 mg once daily. The dose may be titrated to 50 mg twice daily. The maximum dose is 200 mg daily. In a randomized double-blinded trial comparing milnacipran to placebo, more patients in the treatment group experienced a significant improvement of 30 percent or more in pain and physical function. Milnacipran may cause an increase in blood pressure or heart rate, nausea, hot sweats, and headache.

Other Medications for Treatment of Fibromyalgia

Cyclobenzaprine (Flexeril) is a musculoskeletal agent. Cyclobenzaprine and amitriptyline have a similar chemical structure and possible mechanism of action. It is an alternative to amitriptyline for patients with mild to moderate symptoms of fibromyalgia. A small number of patients who received low doses of cyclobenzaprine in clinical studies reported significant improvement in pain, fatigue, and depression when compared with placebo.

The initial starting dose is 10 mg at bedtime and the dose may be increased as tolerated to a larger dose. Common adverse effects include dry mouth, dizziness, and somnolence.

Gabapentin (Neurontin) is an anticonvulsant that is similar to pregabalin but it is less expensive. The results from small studies suggest that pregabalin is more effective than placebo in treating fibromyalgia. The recommended dose is 1200 to 1400 mg daily. Treatment should be started at low doses. Sedation, dizziness, and weight gain are common adverse effects of gabapentin.

Over-the-counter medications such as Tylenol, Motrin, or Aleve are not effective for fibromyalgia pain. Narcotic painkillers (opioids) medications should be avoided because these drugs may cause greater pain sensitivity or make pain persist in many people with fibromyalgia. If the short-term use of an opioid is needed, the drug tramadol (Ultram) is a potential option. It may be beneficial in reducing the severity of pain associated with fibromyalgia. However, the abuse potential should be considered before tramadol is used for pain relief.

Fibromyalgia is a challenging chronic pain disorder. Although there are several drug options available, the ultimate choice of drug should be patient-specific and focused on the relief of the most bothersome symptoms. Therefore, the patient should actively be involved in the treatment making decision process.