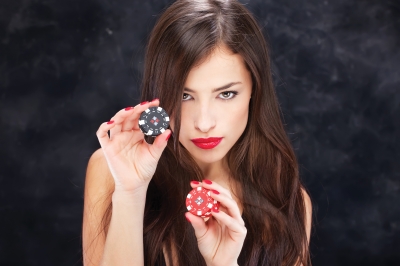 Pramipexole, marketed under the brand name Mirapex and ropinirole sold as Requip are often used to treat Parkinson's Disease and more recently restless legs syndrome (RLS). These medications have been shown to trigger compulsive gambling, shopping, shoplifting, eating, and heightened sexuality. Patients are often prescribed these treatments without appropriate monitoring. Patients being treated must be frequently questioned about all of the potential impulse control problems associated with their use.

Compulsive disorders or more specifically impulse control disorders are provoked by dopamine agonists and are often undetected by physicians. It is well known by pharmacists and neurology specialists, that these prescribed medications have the potential to produce a compulsion for “risk taking” and “gambling” and that those on such medications are at risk of various treatment-associated impulse control abnormal behaviors.

For many years dopamine (DA) agonists treatments for Restless Legs Syndrome have been shown to cause repetitive compulsive behaviors that are now considered to be drug-related response complications with potentially devastating psychosocial consequences.

For the past few years, restless legs syndrome has been treated with dopamine agonist medications, pramipexole and ropinirole. These drugs are also commonly used to treat Parkinson's disease. These drugs have a highly specific affinity for cerebral dopamine (D3) receptors, known to be localized to the mesolimbic system. Therein lies the problem. There is debate about dopamine’s role in the reward system. Hedonic hypothesis suggest that the role of dopamine in the nucleus accumbens is as a “pleasure neurotransmitter.” Over the last century, various studies have demonstrated that many drugs of abuse involve heightened dopamine activity, particularly in the nucleus accumbens. These elevations cause what is described as a "high" or euphoric state. It should be mentioned that not all rewards or pleasurable things involve activation of this reward system. This may merely suggest that the mesolimbic pathway is not purely a system that works restrictively with enjoyable things (hedonia). Dopamine receptor stimulation by dopamine agonists may result in loss of the normal physiological pattern of dopamine activity. A person may then anticipate a reward without the feedback teaching signal, indicating the lack of reward.

What about those who lack the motivation to work or study hard for a reward? Learning is one such behavior that deals with predictions of future rewards. It is now believed that people suffering from some form of attention deficit disorder (ADD or ADHD) may lack dopamine stimulation. The mesolimbic pathway is known to be associated with feelings of reward and satisfaction, neurobiological theories of addiction, schizophrenia, and depression. Because of these influences, drug addiction, and the loss of control are now thought to be due to altered dopamine transmission in the limbic system. Compulsive seeking and taking of drugs (drug addiction), despite adverse consequences, have similar been shown to contain similar structural changes within the brain as those who suffer from well known dopamine transmission disorders such as schizophrenia and depression.

Other frequently reported behaviours include:

Obsessive-Compulsive Behaviors: may be accompanied by psychotic symptoms such as hallucinations and delusions, or mood disorders such as depression or anxiety.

As practitioners, we must always be aware of the significant and profound effects psycho-pharmacologic treatments can have on one’s judgment, behavior, impulse control, cognition, mood, and ability to control their risk taking activities. Potentially serious behavioral disturbances have occurred with the use of these medications. Physicians should screen patients to determine whether they may be subject to the risks associated with this class of medications, even in patients with no previous history of psychiatric illness.

I further recommend that both pharmacists and physicians monitor all medication regimens for significant interactions and therapeutic duplication and that a list of medications be provided to each prescriber to assist them in simplifying treatment plans.