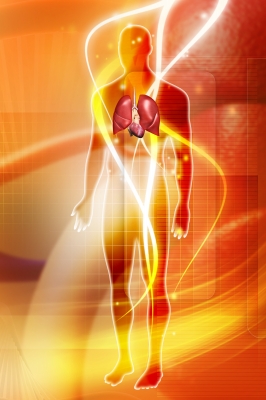 Approximately 3 million Americans have atrial fibrillation (abnormal heart rate and rhythm) and thromboembolic diseases (abnormal clotting and dislodging clots). In these patients, atrial fibrillation can cause the formation of blood clots in the heart. The main concern, however, is that the clots may dislodge and travel to the brain causing a stroke. Patients who are prone to thromboembolic events may also experience pulmonary emboli (clots that form in their legs and travel to their lungs), blocking off the oxygen supply to the body.

There are many treatments for stabilizing heart rate and rhythm. However a primary focus in treatment, according to the 2014 joint American College of Cardiology and American Heart Association guidelines (ACC/AHA), is to prevent the formation of blood clots with the use of anticoagulant drugs that thin the blood.

In the past couple decades, the use of heparin and Coumadin (Warfarin) have been the mainstay anticoagulant therapies. Heparin is an injection given intravenously that works by binding to a blood protein called antithrombin to prevent the chain of events that allow the formation of a clot. Warfarin is an oral medication that inhibits multiple coagulation factors (II, VII, IX and X) and proteins (C and S) by inactivating vitamin K, resulting in a blood thinning effect.

Unfortunately, both medications present inconveniences during administration. Heparin needs to be subcutaneously (under the skin) administered in a hospital and it has to be titrated to effect using a coagulation test called aPTT. Patients taking heparin also have to be monitored for a drop in platelet count. Warfarin, on the other hand, can be administered at home. However, it requires the regular monitoring of INR (International normalized ratio) levels that measure the clotting ability of the blood to make sure patients are within a desired treatment range. Additionally, warfarin is metabolized through a prominent enzyme in the liver and has many interactions when taken with other drugs.

The issues associated with heparin and warfarin led scientists to develop agents that are more easily administered and monitored. This led to the development of Factor Xa Inhibitors and the direct thrombin inhibitors (DTIs).

Factor Xa Inhibitors are used for the prevention and treatment of deep vein thrombosis (blood clots that originate in the deep veins of the leg) in patients who have hip fractures or have undergone a hip or knee replacement. These medications can also be used for the treatment of pulmonary emboli. Additionally, Xarelto and Eliquis can be used in patients who have nonvalvular atrial fibrillation to prevent strokes and blood clots.

Xarelto is an oral anticoagulant medication approved by the FDA on November 4, 2011. A year later, on December 28, 2012, the FDA approved a second oral agent called Eliquis. Both medications are used for the prevention of stroke and blood clots in patients with non-valvular atrial fibrillation and the prevention and treatment of pulmonary emboli. Arixtra is an injectable anticoagulant medication approved by the FDA a decade earlier on December 7, 2001. Arixtra is used for the prevention of DVT that may lead to PE. It is also used in conjunction with warfarin for the acute treatment of DVT and PE.

The major side effects of Factor Xa inhibitors are primarily bleeding complications. Fever and anemia may also happen with these medications. As Arixtra is an injection, it can cause mild irritation, rash, itching and swelling at the injection site.

Unlike warfarin and heparin, Factor Xa inhibitors do not have antidotes. The half-lives (time taken to eliminate half the drug from the body) are relatively long (around 12 hours) and may result in prolonged bleeding. In the case of an active bleed, the off-label use of recombinant Factor VIIa (rFVIIa) or prothrombin complex concentrate (PCC) is used. Approximately 1 to 4 percent of patients treated with these Factor Xa inhibitors may develop major bleeding with 1 percent requiring emergency surgery for which quick reversal is imperative. Warfarin and heparin are more desirable than Factor Xa inhibitors in situations that require quick reversibility of anticoagulation.

When comparing Eliquis 5 mg twice daily to warfarin in patients with nonvalvular atrial fibrillation, Eliquis was found to be more effective in preventing hemorrhagic stroke (bleeding in the brain) and blood clots. It was also associated with fewer episodes of major bleeds than warfarin.

A study was conducted in over 14,000 patients with nonvalvular atrial fibrillation comparing Warfarin to Xarelto 15 mg and 20 mg. Of the patients taking Xarelto, 3.8% experienced stroke or clotting events when compared to 4.3% on warfarin. Xarelto (4.3%) had more bleeding than warfarin (3.1%). In this study, the efficacy of Xarelto was not superior to warfarin.

In a study of 9,000 patients comparing Xarelto 10 mg daily to enoxaparin 40 mg daily, Xarelto was found to be better at reducing the risk of DVT after knee replacement surgery. Less patients experienced blood clots when taking Xarelto (9.7%) when compared to enoxaparin (18.8%). Major bleeding events were similar between Xarelto (5.8%) and enoxaparin (5.6%).

A study was performed with 1,600 patients over the course of 9 days comparing the use of Arixtra 2.5 mg to enoxaparin 40 mg in preventing clotting events after surgery for hip fracture. Patients who took enoxaparin had twice as many thromboembolic events as Arixtra (19.1% compared to 8.3%). Episodes of major bleeding were comparable between Arixtra (2.2%) and enoxaparin (2.3%).

Another study of 1,000 patients compared the usage of Arixtra 2.5 mg to enoxaparin 60 mg for preventing thromboembolic events in patients who had knee replacement surgery. After a treatment duration of 9 days enoxaparin had twice more clotting events when compared to Arixtra (27.8% compared to 12.5%). In this study, Arixtra was found to have more major bleeding events than enoxaparin (2.1% compared to 0.2%).

The need for new anticoagulants introduced a class of medications called direct thrombin inhibitors (DTIs). The four DTIs that are used in the United States are desirudin (Iprivask), bivalrudin (Angiomax), argatroban, and dabigatran (Pradaxa). These medications work by directly inhibiting a clotting protein called thrombin, which binds and causes the formation of clots. They are used in the prevention and treatment of venous thromboembolism (VTE), acute coronary syndromes (ACS), secondary prevention of coronary events after ACS, and non-valvular atrial fibrillation (Each agent has specific indications). They can also be used in a condition called heparin-induced thrombocytopenia (HIT) where the administration of heparin causes a deficiency of clot-forming platelets, resulting in bleeding.

Of the DTIs, the newest agent is dabigatran (Pradaxa). Unlike other DTIs that are only available in an injectable form, Pradaxa is an oral anticoagulant and offers patients another option to Warfarin (Pradaxa versus Warfarin). The FDA approved Pradaxa on October 19, 2010, for use in patients with nonvalvular atrial fibrillation to prevent stroke and reduce the risk of blood clots.

Common side effects associated with the use of Pradaxa include inflammation of the lining of the stomach and abdominal pain. Much like other anticoagulants, it major side effect is bleeding complications. Because Pradaxa has a long half-life of 12 hours, it stays in the body for a longer time and can contribute to prolonged bleeding. Comparably to Factor Xa inhibitors, Pradaxa does not have an antidote in the case of an active bleed. Activated charcoal can be given to the patient within two hours in the case of acute ingestion to prevent further absorption of the medication. Once Pradaxa has been absorbed into the bloodstream, hemodialysis can remove up to 60% of the drug. If the patient has more severe bleeding, clotting factors IX, II, X and VII can be given. PCC has been shown to neutralize the blood-thinning effects of Pradaxa, however, it does not have any effect on the medication itself as it works on a different clotting pathway. Therefore, it should be used as a last resort.

Also Read: Reversing the Effect of Pradaxa (dabigatran) on Bleeding

In November 2012, the FDA released findings of a retrospective study comparing the bleeding risks of Pradaxa versus Warfarin. It was found that Pradaxa did not have higher bleeding rates when compared to warfarin.

Although studies have been performed to compare these medications to previously existing treatments such as warfarin and heparin, they have not been compared to each other. Using data from trials comparing these drugs to warfarin in patients who have atrial fibrillation, an indirect comparison was performed between Xarelto, Eliquis, and Pradaxa. Results showed that there was no significant difference in efficacy between Pradaxa 150 mg and Eliquis for the prevention of stroke or systemic embolism in patients with nonvalvular atrial fibrillation. However, Xarelto was less effective at preventing stroke or systemic embolism when compared Pradaxa 150 mg. Additionally, the data showed that Eliquis had less incidence of major bleeding when compared with Pradaxa 150 mg. Although the indirect comparison introduces a few interesting conclusions, it highlights the need for a trial that compares the agents directly.

Currently there are many anticoagulant medications in development. Some of them include:

US Food and Drug Administration. FDA approves Eliquis to reduce risk of stroke, blood clots in patients with non-valvular atrial fibrillation. US Department of Health and Human Services. From: