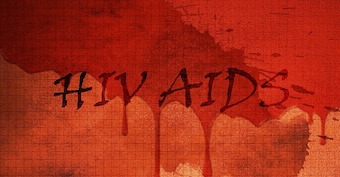 There is no cure for HIV. However, it can be controlled by proper use of antiretroviral therapy (ART). ART can significantly increase the lifespan of infected people and improve their quality of life. Three drug regimens are used for maximal suppression of HIV replication. The combination of three antiretroviral agents inhibits HIV replication to undetectable levels, prevents and reverses immune system deficiency, and decrease morbidity and mortality. Here is an overview of some new combination-HIV drugs.

Evotaz is a combination drug that contains atazanavir (a protease inhibitor) and cobicistat (a CYP3A inhibitor). HIV cleaves larger proteins into smaller functional proteins necessary for the production of mature and infectious virus copies. Atazanavir prevents HIV from cleaving larger proteins into smaller proteins. Cobicistat increases the blood concentration of atazanavir by blocking its breakdown in the liver. Evotaz was approved by the FDA in January, 2015.

Some Facts About Evotaz

Side Effects of Evotaz

It is a combination drug that contains darunavir (a protease inhibitor) and cobicistat (a CYP3A inhibitor). Darunavir is similar to atazanavir and cobicistat increases the blood levels of darunavir. Prezcobix was approved by the FDA in January, 2015.

Some Facts About Prezcobix

Prezcobix is a tablet that contains 800 mg of darunavir and 150 mg of cobicistat.

Side Effects of Prezcobix

Genvoya is a four-drug combination of elvitegravir (an HIV integrase strand transfer inhibitor), cobicistat (a CYP3A inhibitor), emtricitabine, and tenofovir alafenamide which are HIV nucleoside analog reverse transcriptase inhibitors. Elvitegravir works by inhibiting HIV integrase, which is an enzyme that is needed for the HIV virus to multiply. Emtricitabine and tenofovir block the action of reverse transcriptase, an enzyme that HIV virus uses to produce viral DNA and for viral replication. Genvoya was approved by the FDA in November, 2015.

Side Effects of Genvoya

Some Facts About Genvoya

Genvoya comes in a tablet form that contains 150 mg of elvitegravir, 150 mg of cobicistat, 200 mg of emtricitabine, and 10 mg of tenofovir alafenamide. The average wholesale price of each tablet is $110.22 and 30 tablets package size costs $3306.62.