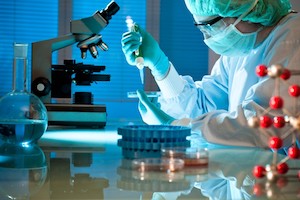 There are a number of new drugs in late-stage trials that may soon become available to patients suffering from a wide array of either life-threatening diseases or conditions that significantly affect a person’s quality of life.

There is, however, both good and bad news for people that are in need of these new medications. The pharmaceutical business is just that, a business, and they are going to dedicate their resources to drug candidates that offer the most revenue potential. This is good news if you suffer from a disease that is shared by a significant portion of the population, but perhaps not for those that are afflicted with a rare illness.

Luckily, they still do conduct research for diseases that only affect a relatively small percentage of the population, but the price for these new medications can be staggering. For example, a company called Spark can now cure a rare form of blindness, but the price tag is $850,000, while a new drug for hemophilia has now earned the dubious distinction of now being the world’s most expensive medication at a cost of $1.5 million. While this certainly seems outrageous, insurance companies will embrace this new drug as it cures, rather than treats the illness, and they currently spend $800,000 a year, every year to manage this specific form of hemophilia.

Fortunately, there are a number of drugs in late-stage development that may help the millions that suffer from the not-so-rare illnesses.

In an admittedly crowded news environment, perhaps no other story has received more recent attention than the opioid crisis. The ravaging effects of opioid addiction have wreaked havoc on not only families but entire communities. Due to increased scrutiny, physicians are rightfully afraid to even consider writing any pain medication. The other side of the story, however, is rarely told. A recent analysis from the National Institute of Health estimates that more than 25 million people in the United States (or over 11 percent of the country's adult population) live with chronic pain. This means that they have experienced pain every day for the past 3 months. The majority of people taking medication for acute and/or chronic pain have a legitimate need for a solution.

The opioid problem is a relatively recent phenomenon and there has not been a new pain reliever to enter the market in over 50 years (ibuprofen), so most drug companies are only in the early stages of development and people suffering from pain are not really interested in something that may not be available for ten years or more.

Scientists at Eli Lilly partnered with Pfizer in 2013 to work on a new type of non-opioid pain medication called tanezumab. It works by blocking nerve growth factor inhibitors and has now been fast-tracked for approval by the FDA.

Early indications are that it provides substantial pain relief, but without any of the accompanying euphoria that can lead to addiction. This will be a welcome option that can help patients suffering from chronic, or even acute pain and allow physicians to again prescribe a medication without limitations.

Age-related macular degeneration (AMD) is the leading cause of irreversible vision loss among people over 50 years of age. The condition isn't curable, but there are current injectable treatments available that can slow down the progression of the disease.

Holding back macular degeneration requires constant dosing, and patients are obviously not so thrilled about regular eyeball jabs. But Novartis has had encouraging results from their recently completed phase 3 testing of brolucizumab. It can extend the time between injections to 12 weeks from the current 8-week schedule required by Elyea.

While the idea of getting a needle inserted in the eye is certainly horrific, for those that suffer from the dry version of macular degeneration, it would, most likely, be a welcome option. There are a number of drugs under development, but the variety of underlying causes may dictate that it will be a combination of medications that ultimately offers some progress. The implantation of camera-like devices does offer some hope but may be years away. Unfortunately, the promise of stem cell therapies has proven to be ineffective and the FDA has cracked down on clinics that have promoted a variety of stem cell therapies. The only currently available option is to start, and continue, to take one of the various AREDs 2 formulas that are available as it has proven to slow down the progression of the disease. It can be costly as it is best to take it as soon as macular degeneration is detected and it must be taken in perpetuity, but there are now less expensive options available, just but be sure to carefully examine the ingredients.

There have been promising new studies that link inflammation and heart disease, so it is no surprise that a pharmaceutical agent that can reduce inflammation could have substantial cardiac benefits.

Canakinumab has been used for juvenile arthritis but has shown to help lower the risk of heart attack, stroke and cardiovascular death in people who have already had a cardiac event. Of special interest is that 50% of people at risk of a heart attack do not have high cholesterol, but do exhibit inflammation. This will allow physicians to target specific patients that do not present the obvious risk factors.

Canakinumab has reached its primary endpoints in a phase 3 trial (CANTOS trial), which should lead to a new indication for the drug to be used to treat heart disease.

There are over 2000 new immunotherapy drugs in development for the treatment of cancer, with a few already in the market. They aim to help the patient’s immune system combat cancer so that the debilitating side effects and/or safety concerns of current therapies can be mitigated. So far the results have been somewhat disappointing, but one new drug in that has completed phase 2 trials and is preparing to enter phase 3 may deliver on the initial promise of immunotherapy.

Aneustat regulates 1750 cancer-related genes, while significantly boosting a patient’s immune system. While most almost all cancer therapies, either new or in development, are single target, Aneustat™ is multi-target and multi-functional. It is the first non-toxic formulation that has been proven to inhibit and/or kill active cancer cells. In trials, it has been paired with numerous drugs that are already in use but can limit the life-threatening side effects of standard cancer therapy, thereby, offering a new breakthrough therapy.

Additionally, Aneustat is an oral medication that will be offered for far less than the last three approved oral cancer therapies that cost approximately $170,000 per patient.

The unprecedented combination of efficacy, lack of side effects and ease of use have led many health organizations and insurance companies to champion Aneustat™, which is generally unheard of before the start of phase 3 trials.

Sure, it may seem to be of little importance considering the aforementioned disease states and it is certainly not life-threatening, but it can have a substantial effect on the perceived quality of life for both men and women. A common trait that is shared among people that say it is meaningless is that they generally have a full head of hair.

The researchers at Columbia University Medical Center found 75 percent of patients with moderate to severe alopecia showed "significant” hair regrowth after taking the drug ruxolitinib. Additionally, most drugs in development for alopecia only target men, but ruxolitinib does not affect hormone levels so it may be a viable option for both men and women. By the end of the treatment, 92% of patients had hair regrowth

Ruxolitinib is currently being used to treat a specific form of leukemia, but like many drugs, studies have demonstrated unintended outcomes that can benefit a large number of people. Remember, Viagra was being studied for high blood pressure and at the end of the trial most of the men, with perhaps a nudge from their wives, asked if they could stay in the study past its completion date.