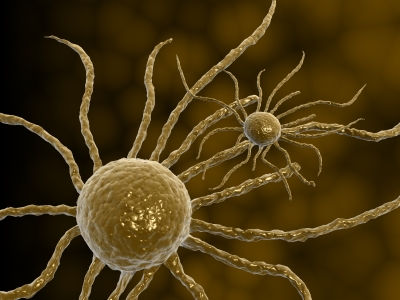 What is Opdivo and its mechanism of action?

Opdivo is a humanized monoclonal antibody that blocks the interaction between programmed death receptor 1 (PD-1) and its ligands (PD-L1 and PD-L2). If you suppose a receptor is a lock, the ligands are the corresponding keys to the lock. Likewise, the PD-1 is a lock and the ligands are the keys that fit right into PD-1. When the ligands interact with PD-1 it sends a signal to cells to go through programmed cell death. In other words, the cell commits suicide.

PD-1s are present on immune cells called T cells. Normally T cells produce chemicals to attack any harmful substances in the body. However, when ligands interact with PD-1s on T cells the T cells shut down and die. Many cancer cells express the ligands (PD-L1) and send it to T cells to prevent  an immune response to cancer. Opdivo selectively binds to PD-1 and blocks the interaction between PD-1 and its ligands. Therefore, it allows the T cells to survive and fight off cancer.

What is Opdivo used for treating?

Opdivo is indicated for patients with metastatic squamous and non-squamous non-small cell lung cancer with progression on or after platinum-based chemotherapy.

It is also used for treating advanced stage melanoma (skin cancer) which: