The use of opioid analgesics combined with non-steroidal anti-inflammatory drug (NSAIDs) for the relief of pain is a risky proposition. NSAIDs are popular prescription and over-the -counter (OTC) choices. This class of medication is utilized often because of its potent analgesic, antipyretic and anti-inflammatory properties. These benefits must be weighed against a risk of gastrointestinal (GI) bleeding. Bleeding can begin just about anywhere in the gastrointestinal tract. As many as 25% of patients using NSAIDs chronically develop gastrointestinal adverse effects.

What are the signs and symptoms of GI bleeding

Nausea, vomiting, loss of weight or appetite, and bleeding from ulcers. Bleeding is often first detected by blood in the stool and often begins with only minimal bleeding. It may not always be obvious to patients that they have a slow bleeding GI problem and may complain of feeling tired or weak. If the bleeding progresses to a heavy bleed, blood will usually appear in the vomit or stool. Stools containing blood will appear tarry or black. 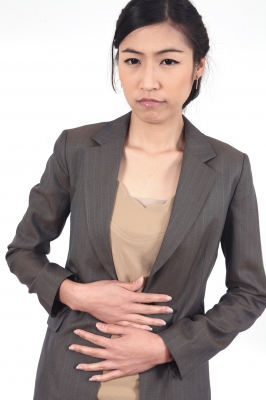 Why are opioid and NSAID combinations dangerous

Recent fears of Acetaminophen mediated hepatic toxicity may fuel patients and prescribers to consider NSAID and opioid combinations. Acetaminophen induced hepatic injury has been in the news for years. On January 13, 2011, the U.S. Food and Drug Administration released a press announcement that asked drug manufacturers including those of combination products that contain acetaminophen to limit the amount of acetaminophen to no more than 325 milligrams (mg) in each tablet or capsule.

Opioid and NSAID or Aspirin combinations

Here is a list of Opioid and NSAID or Aspirin combinations, their ingredients and helpful information.

How do opioids and NSAIDs cause GI bleeding

Significant gastrointestinal toxicity has occurred secondary to the use of combination non-steroidal anti-inflammatory drug (NSAID) and Opioid products. Aspirin may enhance the serious side effects and toxicity of other NSAIDs. It would be wise to screen all patients being dispensed NSAIDs for the possibility of being on aspirin therapy for prevention of cardiovascular complications or anticoagulation treatment.

Opioids reduce gastrointestinal motility. The digestion of food is delayed by decreases in propulsive contractions. Other Opioid effects include reduced contraction of biliary tract smooth muscle, spasm of the Sphincter of Oddi, increased ureteral and bladder sphincter tone, and a reduction in uterine tone. Gastrointestinal injury (lesions, ulcers) through an NSAID-mediated mechanism may involve a decreased production of prostaglandins that may compromise the defenses of the gastric mucosa and the activity of substances involved in tissue repair and ulcer healing. Aspirin affects platelet aggregation by irreversibly inhibiting prostaglandin cyclo-oxygenase. This effect lasts for the life of the platelet and prevents the formation of the platelet aggregating factor thromboxane A2. Aspirin may increase the likelihood of hemorrhage due to its effect on the gastric mucosa and platelet function (prolongation of bleeding time). Salicylates should be used with caution in the presence of peptic ulcer or coagulation abnormalities. Nonsteroidal Anti-inflammatory Drugs (NSAID's) should not be used in patients taking aspirin. Combinations of Aspirin with NSAID's should be avoided because this may increase bleeding or lead to decreased renal function.

How to prevent opioid and NSAID bleeding complications

It is true that the multitude of available NSAIDs differ in their ulcerogenic risk. The use of H2 blockers can reduce the incidence of these untoward GI events. Proton pump inhibitors (PPIs), another class of anti-secretory drugs, is another viable option to reduce GI toxicity risk associated with NSAIDS.

Prescribers and pharmacists must be aware of the mechanisms involved in GI toxicity and the risks involved with combination NSAID and opioid therapy.