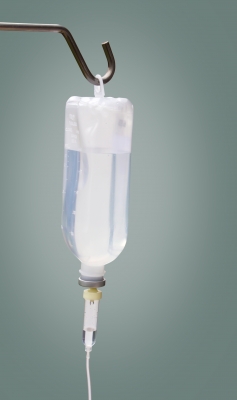 The development of a new drug or agent brings with it properties that are specific to that agent. In many cases these properties can either be an advantage or disadvantage when it comes its use in specific patient populations. Both pharmacodynamics and pharmacokinetics are considered to be branches of pharmacology that are typically studied in conjunction with one another and are imprtant factors in drug dosing and administration

The concept of pharmacokinetics focuses on the study of the time course of drug concentration in body fluids. This is generally divided into:

How the body influences the pharmacokinetic properties of a drug is based on the site or dose of the drug. In the past, classical pharmacokinetic studies generally focused on the use of predetermined parameters such as volume of distribution or elimination half-life under controlled conditions during the new drug development process. Unexpected conditions that can affect the pharmacokinetics of a drug were typically not identified until the post-marketing phase. Pharmacokinetic drug interactions tend to occur when Drug A can alter the absorption, distribution, metabolism, or excretion of Drug B and this can result in an altered concentration of Drug B. Some examples of this interaction can include cytochrome P450 interactions or displacement a drug from protein binding sites. For example, pharmacokinetic properties of benzodiazepines are affected by other medications that inhibit cytochrome P450 liver enzymes. When there is a clear relationship between drug concentrations and therapeutic response then pharmacokinetic principles guide patient management.

While the concept of pharmacokinetics focuses on the time-course of drug absorption, distribution, metabolism, and excretion and its subsequent application to the management of drug therapies in individual patients, pharmacodynamics primarily deals with the relationship between the drug concentration at the site of action and the resultant effect. This includes the duration of response, the intensity of therapeutic effects, and adverse effects. For instance, with a single dose of a psychotropic drug, the concentration and clinical effect can increase and reach a maximum effect and then decline. The effect a drug at the site of action depends on the drug’s binding with the receptor (drug-receptor interaction). The concentration at the site of action can also determine the intensity of the drug’s effect. The physiological effect that drugs can have on the body and the mechanism of the drug action, drug concentration, and subsequent effect is the purpose of studying pharmacodynamics. Once a drug enters the body the interaction at the drug receptor is a key component because the receptor is responsible for drug selectivity.

What determines the route of drug administration

Several factors determine the route of administration of a drug. Some drugs can only produce a positive therapeutic effect or achieve therapeutic blood levels through certain routes. For instance, medications that are given orally generally go through first pass metabolism (liver metabolism) so the effect of the drug may not be quick as medications that are given intravenously, nasally, intramuscularly, rectally, or sublingually, which do not undergo first-pass metabolism. The advantages of not undergoing first-pass metabolism is especially important in emergency situations where a medication’s therapeutic effect has to be achieved immediately. For example, when a patient is agitated, aggressive, or combative a parenteral psychotropic medication may be more useful. Additionally, it is important to have various route of medication administration because the absorption of a medication through a particular route may be erratic which is the case with phenytoin therapy. While phenytoin is approved for intramuscular use, this is not recommended due to its unpredictable absorption and pain on injection.