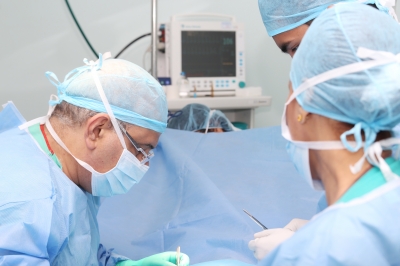 On October 16, 2015, the FDA approved Praxbind (idarucizumab) for reversal of anticoagulation in patients taking dabigatran (Pradaxa) during emergency situations. Praxbind is a humanized antibody fragment, or Fab, designed as a specific reversal agent to dabigatran. For patients receiving surgery, there are major concerns about administering an anticoagulant without the ability to reverse its effect. Pradaxa was found to be non-inferior to warfarin in the RE-LY trial, but it had an increased rate of GI bleeding and a trend toward increased rate of major bleeding in patients 75 years or older.

Praxbind was approved through the FDA accelerated review program. There was no approved agent for reversing the effects of Pradaxa before the approval of Praxbind. Several potential reversal agents for dabigatran have been tested in vitro, in animal models, and in healthy volunteers. Prothrombin Complex Concentrate (PCC) has been used to counter the effects of dabigatran in clinical practice with varying degrees of success.

Last year, Boehringer Ingleheim, the manufacturer of Pradaxa, paid $650 million to settle thousands of lawsuits, many involving incidents of uncontrolled bleeding. It is no surprise, therefore, that the company has been developing Praxbind as a reversal agent for Pradaxa. Praxbind is an antibody fragment that binds dabigatran with an affinity 350 times that of thrombin.

RE-VERSE AD is a study of the efficacy of Praxbind in patients with serious bleeding or undergoing surgery. RE-VERSE AD is an ongoing, multicenter, prospective cohort study. Investigators plan to recruit 300 patients from 400 centers in 38 countries. Data from the first 90 patients enrolled was published in the New England Journal of Medicine in June 2015 and the results are summarized here.

Design and Method For RE-VERSE AD

The study treatment consists of 2 infusions of 2.5 g intravenous Praxbind given no more than 15 mins apart. The treatment groups were patients with serious bleeding (Group A) and patients who required an urgent procedure (Group B). All patients were followed until death or for at least 1 month.

Patients were 18 to 93 years old and had to be taking dabigatran. Most patients had an indication of stroke prevention from nonvalvular atrial fibrillation. Furthermore, they had to be clinically assessed to have overt, uncontrollable, or life-threatening bleeding needing treatment (Group A) or to require surgery or invasive procedures that could not be delayed for more than 8 hours (Group B).

A total of 90 patients were recruited so far with 51 patients in Group A and 39 patients in group B. Median time since the last dose of dabigatran was 15.4 hours. Patients in Group B primarily had Intracranial, trauma-related, or GI bleeding.

Next: RE-VERSE AD Endpoints and Results