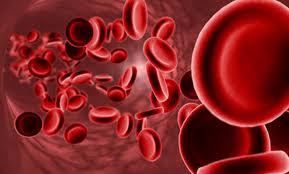 What is an anticoagulant?

How do anticoagulants work?

Anticoagulants work by interfering with the body’s coagulation cascade which is triggered by tissue trauma, vascular injury, or certain conditions. The pathway triggers series of reactions that activate cofactors and enzymes. Anticoagulation agents can inhibit clot formation by altering various pathways within the clotting cascade or by targeting thrombin (factor IIa) directly. Thrombin is a clotting enzyme that activates other factors (V, VIII, IX, XIII) and promotes formation  of fibrin. Fibrin glues platelets together to form a clot. Anticoagulants prevent clotting by blocking formation of fibrin. Indirect inhibitors of the coagulation cascade can bind to cofactors such as antithrombin (AT) to catalyze interactions with clotting enzymes.

Warfarin works by blocking the synthesis of vitamin-K dependent clotting factors in the liver. The time to onset of effect depends on the vitamin-K dependent clotting factors (II, VII, IX, X). Compared to other anticoagulants, warfarin has a long half-life of 20-60 hours with a max effect in 24-72 hours. Full anticoagulant effect takes 5-10 days. Warfarin is indicated for atrial fibrillation, pulmonary embolism (PE), deep vein thrombosis (DVT), and clotting associated with atrial fibrillation.  Warfarin is used in patients with valvular problems (artificial valves), and history of rheumatic heart disease.

Warfarin works by preventing future clots with no effect on existing clots. Vitamin K is used to reverse the effects of warfarin. The effect of warfarin is measured by a test called International Normalized Ratio (INR).

Warfarin is started at 2.5 to 5 mg once daily and titrated to a therapeutic INR level. Warfarin is often started when patients are on heparin IV infusion or LMWH because it takes a few days for warfarin to fully take effect. Heparin is combined with heparin or LMWH for a few days until INR is greater than 2 for 2 consecutive days. This usually takes 5 days and heparin/LMWH is discontinued.

Clinical efficacy of warfarin for atrial fibrillation was studied in a five prospective, randomized, controlled trial with 3,711 patients with non-rheumatic atrial fibrillation. Warfarin showed a significantly reduced risk of clots including stroke. The risk reduction ranged from 60% to 86% in all but one trial. The incidence of major bleeding ranged from 0.6% to 2.7%.

Challenges that present with taking warfarin can occur such as the risk of major bleeding (2%/year). When taking warfarin patients must be regularly monitored to make sure patients are in the therapeutic range (INR 2 to 3). Warfarin is pregnancy category X and should not be given to pregnant women for risk of fetal warfarin syndrome. Warfarin also has many food and drug interactions that can affect how warfarin works.

Heparin works by binding antithrombin III (plasma co-factor), which binds to and inhibits activated clotting factors. Heparin is indicated for thrombosis and embolism treatment and prevention. Heparin is given intravenously (treatment) or subcutaneously (prevention) and never intramuscularly. Heparin is cleared by the kidneys and does not need renal adjustment. Patients should be monitored for bleeding and thrombocytopenia (HIT)—monitor platelet count. Heparin does not cross the placenta and is pregnancy category C. Heparin has advantages and is an immediate acting anticoagulant. Heparin can be used when patients need rapid anticoagulation, IV is immediate and SC works in 20 to 30 minutes. This is beneficial because heparin can be used post-operatively to prevent DVTs or subsequent PE. The dose for DVT prevention is 5,000 -10,000 units every 8 to 12 hours. Patients inject heparin in the lower abdomen, inner thigh, or upper arm and should rotate injection sites.

LMWH works by inhibiting factor Xa in the coagulation cascade. They are derived from heparin and produced by fractionating heparin. Their main advantage over heparin is ease of dosing and lack of monitoring. Lovenox is the most widely used LMWH. Lovenox is indicated for deep vein thrombosis prophylaxis following hip or knee replacement, abdominal surgery, myocardial infarction and unstable angina. Lovenox comes in prefilled syringes and a multi-dose vial containing 300 mg/3ml. It is stored at room temperature. Patients with a creatinine clearance of less than 30 mL/min should receive an adjusted dose. LMWHs are not monitored with aPTT tests. Cell blood counts (CBC) and platelet counts should be measured at baseline and periodically. Patients who have renal dysfunction, pregnant, obese, underweight or have abnormal coagulation or bleeding should be monitored closely.

LMWH Precautions and Side Effects

Unfractionated heparin, LMWH, and warfarin have been used for preventing and treating thrombosis for many decades. Practitioners are comfortable with these older classes of anticoagulants. Although there are new anticoagulant medications that give health care professionals new treatment options, older anticoagulants still play a major role in management and prevention of thrombosis.