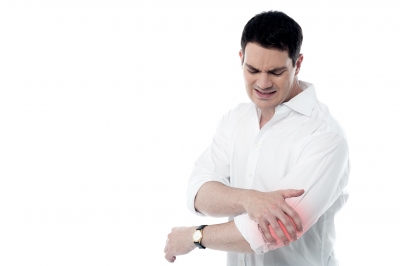 Rheumatoid arthritis (commonly known as RA) is autoimmune arthritis that affects at least 1.3 million adults in the United States, of which 75% are female patients. An autoimmune disease is  a disease triggered by a faulty immune system (body’s defense system), which attacks the healthy tissues in the body by releasing inflammation-causing proteins. In  RA, the faulty immune system affects mainly the synovium, which is the tissue outlining  the joints. Inflammation can also affect other organs or even trigger another autoimmune disease. For instance, Sjören’s syndrome is an autoimmune disease characterized by dry eyes and dry mouth, which can be caused by  RA.

Signs and Symptoms of Rheumatoid Arthritis

Rheumatoid arthritis can affect people’s daily activities. The signs and symptoms of RA are usually bilateral, and include:

Pain: Patients with RA normally experience pain at the joints, such as fingers, wrists, elbows, shoulders, and ankles. The pain  can be alleviated with nonsteroidal anti-inflammatory drugs (NSAIDs) or low-dose corticosteroids.

Swelling: Joint swelling  may be due to accumulation of synovial fluid at the joints (synovial effusion), inflammation or thickening of synovial membranes (synovial hypertrophy). Swollen  joints are not necessarily accompanied with redness or warmth  in RA patients. Uncontrolled synovial thickening can lead to joint deformity or  destruction of joints due to the erosion of cartilage and bones.

Other signs and symptoms of RA: