It would be difficult to imagine a pharmacist in the U.S. who does not fill dozens of prescriptions for this medication each day. It is and has been the most widely dispensed medication in retail pharmacy today. Reading about celebrities that have overdosed or became addicted to this product has become magnetizing news for years. Michael Jackson, Anna Nicole Smith, Chevy Chase and quarterback Brett Favre have all been reported to have suffered from addiction (substance abuse) to this powerful prescription drug. Hip-hopper Eminem, has been reported to actually sport a Vicodin tattoo on his left arm!

So what is the problem with this commonly used medication? Does medical rationale for prescribing or dispensing it exist? Anecdotal support has long considered it the most logical treatment option for musculoskeletal pain, especially spinal pain. The blame for the current situation should not fall only on the excessive prescribing of these medications by poorly trained or untrained physicians. Hydrocodone and other short-acting products are no more dangerous than long-acting opiate products. In truth, the hydrocodone portion of the product may have significant addictive properties in some predisposed patients, however, it is the acetaminophen entity that has significant potential to damage the liver. Unfortunately, many healthcare providers including physicians and pharmacists failed at reducing its indiscriminate use and allowed sometimes inappropriate escalation of doses, in many cases exposing patients who consume alcohol or have hepatitis to suffer from its toxicities. The biggest problem now in our country is that the supply of hydrocodone based products on the street is so large that teenagers can acquire it inexpensively, often easier than alcohol! Which do you think it easier to hide in your jacket- a few little white tablets or a six pack of Budweiser? 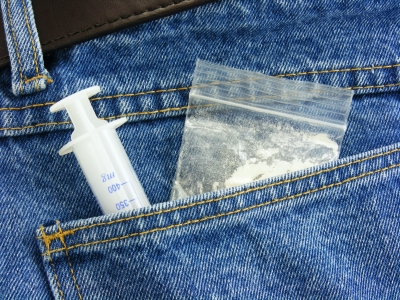 This popular drug (introduced in the 1970’s) is a combination of the German pharmaceutical company Knoll’s synthesized opioid analgesic agonist (back in 1920) and Tylenol (acetaminophen), a prostaglandin inhibitor introduced in 1955. Over the years, hydrocodone containing compounds have been marketed in varying forms, and sold under a number of trade names.

The most common formulations of fixed ratios of hydrocodone and acetaminophen include:

Recently an amendment by Sen. Joe Manchin, United States Senator representing West Virginia, asked for changes to the classification of common, hydrocodone-containing pain relief products from Schedule III to the more-restrictive Schedule II under the Controlled Substances Act. If approved, this would eliminate the potential for refills, telephone orders, and create more work and costs for physicians and pharmacists. These costs would include physicians paying for additional and often required tamper-resistant security forms, and pharmacy staff entering and maintaining added numbers of pharmacy records because of the elimination of refills. It is my opinion and that of many others that no assurance of a reduction in diversion and abuse would be expected with this monumental change to the hydrocodone controlled substance classification. For certain the change would have a profound impact on patient care as well as the pharmacy's cost of dispensing these products.

I am all for increasing the monitoring of patients. I think it would be great if patients could have their pain evaluated every two weeks instead of the current levels in most pain practices of every few months. This increase in follow-up would reduce the patient mediated escalation of doses that occurs when patients have lack of supervision, a large supply of multiple classes of pain relieving medications, chronic unrelieved pain, and unlimited time for experimentation. Any well-trained pain practitioner would tell you that the best way to prevent prescription medication abuse (drug abuse) is to monitor patients closely and react appropriately to aberrant behavior. Setting up guidelines that include contracts to use just one pharmacy, not allowing refills for lost or stolen painkillers and requiring strict adherence to prescribed medication directions need to be communicated to all patients maintained on pain therapy.

Recently Zogenix Inc submitted a New Drug Application to the U.S. Food and Drug Administration (FDA) for Zohydro (hydrocodone bitartrate extended-release capsules). The actual hydrocodone content was reported to be at least 10-times the current 10 mg maximum available in pharmacies. Many in the industry believed that the lack of acetaminophen would have prevented thousands of hepatic injuries each year. Fear of another powerfully addictive Oxycontin-like product appears to have frightened the FDA and little hope of approval is expected.

A likely driver for the new development efforts related to hydrocodone is the January 2011 mandate by the FDA for dosage limitations for combination opioid-acetaminophen products to contain no more than 325 mg of acetaminophen per dose in response to concerns for medication-related liver toxicity. On January 13, 2011, the FDA asked drug manufacturers to limit the strength of acetaminophen in prescription drug products, including combination acetaminophen and opioid products, to no more than 325 mg per dosage unit. The FDA has stated that limiting the amount of acetaminophen per dosage unit in prescription products may reduce the risk of severe liver injury from acetaminophen overdosing.1 (Please visit the FDA website for more information on acetaminophen dosing.) The FDA requested this change be effected by January 2014. The first such introduction of new formulations is by Abbott, the manufacturer of Vicodin (see below).

Abbott, complying with this directive ahead of the FDA’s requested date, will introduce new formulations of Vicodin(hydrocodone bitartrate and acetaminophen tablets, USP) with reduced acetaminophen content in the third quarter of 2012. Confusion by physicians and pharmacists are expected during this transition. Beginning immediately, Abbott is discontinuing the manufacturing and distribution of the current formulations of its brand name Vicodin. I seriously doubt that the numerous generic manufactures will simultaneously eliminate the production or distribution of the commonly dispensed alternatives that the majority of patients receive from pharmacies. In the near future the potential for dispensing errors when these new formulations are introduced will be tremendous.

For patients lucky enough to have a specially trained physician in their community, prescription medications may not even be required for relief from painful conditions. The American Society of Interventional Pain Physicians (AISPP)is one such group that has many members that provide out-patient surgical care to thousands with less risk of potential toxicity from high-dose oral medications. ASIPP was started in November 1998 as the Association of Pain Management Anesthesiologists (AOPMA) to represent interventional pain physicians dedicated to improving the delivery of interventional pain management services to patients across the country in the various settings of ambulatory surgical centers, offices, and hospital outpatient departments. By performing effective interventional and surgical techniques to their patients, immediate and occasionally long term relief is often attained in minutes. It is important to note that the average physician lacks the specific training to provide these advanced procedures. Before relief could be obtained by these specialists, a referral to an interventional pain clinic and a thorough evaluation would be required.

Moving forward, it is not surprising that in our opioid-phobic society, politicians are attempting to provide guidance to physicians on the prescribing of opioids in clinical practice. Acceptable standards of care for the prescribing of chronic pain therapy are being created as we speak and the hope for the future is not the elimination of opioids for non-cancer patients, but the rationale that community pharmacists, if utilized better (and compensated appropriately) could assist physicians in preventing medication misadventures and reducing indiscriminate use by focusing on patient education that provides information involving warnings, contraindications, rational titration, escalation, and timing of analgesics.

How to Prevent Back Pain

Is Caffeine a Pain Killer

FDA Safety Measures May not Reduce Death from Pain Killers