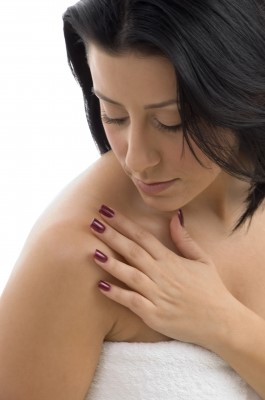 What is Stelara and how does it works?

Stelara is a human monoclonal antibody which binds selectively to two cytokines called interleukin 12 (IL 12) and interleukin 23 (IL 23). Cytokines are naturally occurring proteins involved in immune reactions. These two cytokines cause an activation of T lymphocytes (white blood cells) that trigger inflammation of the skin which results in psoriasis. Stelara reduces symptoms of psoriasis such as inflammation and excessive production of skin cells by attaching to IL-12 and IL-23 thus preventing them from activating T-lymphocytes.

What does Stelara treat?

Stelara is approved for the treatment of patients 18 years or older with:

How effective is Stelara?

The efficacy of Stelara for treating psoriasis was evaluated in two randomized, double blind and placebo controlled studies. A total of 1996 patients 18 years of age and older with plaque psoriasis that involved a minimum body surface area of 10%, Psoriasis Area and Severity Index (PASI) score ≥12, and who were eligible for phototherapy or systemic therapy were included in the studies. Patients were randomized in equal groups to placebo or 45 mg or 90 mg of Stelara.

The efficacy parameters in both studies were the proportion of subjects who achieved at least a 75% reduction in PASI score (PASI 75) from beginning of the study to Week 12 and treatment success was evaluated on the Physician’s Global Assessment (PGA) scale ranging from 0 to 5.

Treatment success (PGA of cleared or minimal) at week 12 was achieved in 68% and 73% for Stelara 45 mg and 90 mg treated patients, respectively, versus 4% of placebo treated patients.

Stelara was evaluated in a double blind, placebo controlled trial with 615 patients (18 years or older) with psoriatic arthritis (swollen joints ≥5 and tender joints≥5) regardless of treatment with NSAID or disease modifying antirheumatic (DMARD) therapy. Patients were randomized to receive Stelara 45 mg, 90 mg, or placebo. Around 50% patients continued their methotrexate (MTX doses).