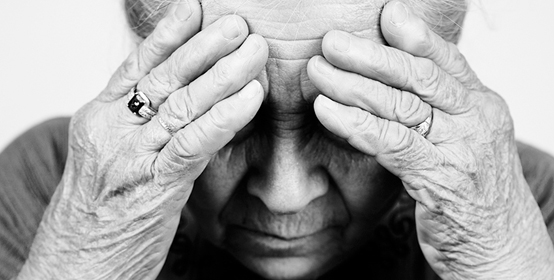 Dementia describes neurologic disorders that cause a decline in mental function. In 2015, 47.5 million people have dementia worldwide. The number of new dementia cases each year may be as high as 7.7 million, which translates to one new case every 4 seconds. People with dementia have problems with memory and at least one impaired cognitive function such as learning, reasoning, or language. As dementia worsens, memory loss continues, personality changes may occur, and patients are unable to perform normal daily tasks. Dementia is a significant concern in the elderly population.

Patients with dementia will progress through stages of mental deterioration. During the early stages, they may forget only recent events and lose their ability to tackle challenging or complex tasks such as counting backward by 7’s or managing finances. As they progress, they lose the ability to recall recent and dated events. Patients may become spatially and temporally disoriented.

Although many patients are unable to perform less challenging tasks, patients are still capable of basic daily functioning. In late stage disease, patients lose awareness of their surroundings, personal history, and cannot distinguish between familiar and unfamiliar faces. At this point, patients will require assistance for daily functioning. In many cases of end-stage dementia, patients lose their ability to respond and control movement. Dementia can become a severe disease, however, recognizing the symptoms and receiving treatment early will help improve the patient's quality of life. Patients or their caregivers who notice dementia symptoms should consult their healthcare provider for additional mental exams and laboratory tests to help diagnose dementia.

Here is a review of 4 types of dementia, including their symptoms and treatment options.