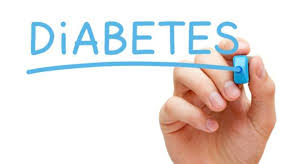 In 2012, it was estimated that nearly 30 million Americans have diabetes.  Of that population, only about 21 million knew they had it, 12 million were 65 and older and 9 million didn’t even know they had it.  These statistics are 5 YEARS OLD.  That is scary when you consider 1.4 million Americans are diagnosed with diabetes every year.

In March 2013, the total cost of diagnosing diabetes for all Americans was $245 billion with direct medical costs at just over $176 billion and related expenses (such as loss of productivity, caregiver expenses...) at nearly $69 billion.  Average medical expenditures for diabetics was over two times higher than non-diabetics.

There are several types of diabetes.  This is a general overview.

Type 1 Diabetes - an autoimmune disease where the immune system makes antibodies that target the insulin-producing cells of the pancreas – islet cells.  The immune system gradually destroys the islet cells and insulin is no longer produced.

Type 2 Diabetes - the pancreas still produces insulin but the body is unable to use it properly due to insulin resistance - a condition in which cells become less sensitive to insulin.

Type 3 Diabetes – since 2005, there has been a controversial idea that Alzheimer’s might be Type 3 diabetes.  Insulin keeps the blood vessels that supply the brain healthy and encourages the brain’s neurons to absorb glucose. If the pancreas doesn’t produce enough insulin or the brain’s cells ignore that insulin (insulin resistance), you start to lose memory and become disoriented = Alzheimer’s Disease.

Gestational Diabetes – arises for the first time during pregnancy.  The resulting diabetes may or may not require treatment after pregnancy.  Gestational diabetes strongly predicts the subsequent development of type 2 diabetes.