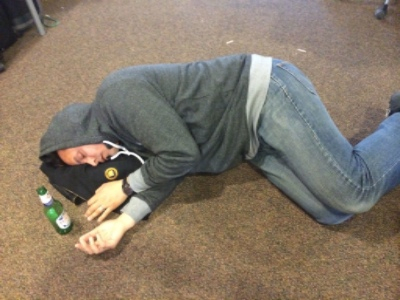 A person has a dual diagnosis when they have a mood disorder such as depression or bipolar disorder (manic depression) and are also abusing alcohol or drugs. People who suffer from dual diagnosis have two illnesses that must be specifically treated.

Depression is a very serious mental illness in itself without alcohol addiction. The World Health Organization (WHO) reports that 150 million people around the globe suffer from depression. Despite the widespread nature of this disorder, it is often misunderstood and neglected - leaving those struggling with the mental health illness to deal with their depression by themselves.

Often people with depression drink alcohol heavily to lift their spirits rather than see a psychiatrist or go to a mental health facility. Clinically speaking, this way of dealing with depression is termed - self-medicating.

According to Healthline, if alcohol is used as a regular treatment for depression, it can lead to addiction, which only exacerbates the mood disorder. Additionally, alcoholism is an addiction that can be extremely difficult to overcome. It can take months, years, and sometimes a lifetime to attain sobriety if they are lucky since many die from the dreadful addiction either through an alcohol-related fatality like a car accident or a physical condition like cirrhosis.

The Link between Alcoholism and Depression

There are countless people with depression that depend on alcohol as a remedy which may provide temporary relief, but eventually, this form of self-medication complicates the issues and brings forth more pain.

Depression can also lead to alcohol addiction, which compounds the problem even further. Depression is one example of a condition that is referred to as a co-occurring disorder in the mental health and addiction profession. The combination of alcohol abuse and depression can be toxic and result in more severe depressive episodes.

Typically, the self-medicating solution slips into a dependency, and the dependency slips into an addiction. Not only are depressive types now dependent on alcohol, but they start to forget how to use their healthy coping strategies like - exercise - through lack of use.

According to WebMD, nearly one-third of people with major depression also have an alcohol problem. Often, the depression comes first.

The Anxiety and Depression Association of America (ADAA) reports that those with mood disorders like depression may find that alcohol can make their symptoms worse and they are two to three times more likely to have an alcohol addiction at some point in their lives than the general population.

For many gripped with depression, they are under the illusion that alcohol will provide them with immediate relief from their mental anguish making it very attractive for those who are struggling to overcome their mood disorder. Those who suffer from depression often find managing their career and family responsibilities to be too great a challenge and may be tempted to abuse alcohol to escape from feelings of disappointment.

more Articles by: Inspirations for Youth And Families