Join Now For Free! Login
Close
The Impact Of Stopping The Sale Of Sugary Drinks At A Pharmacy | Graham Mackenzie, Ph.C | RxEconsult
Menus 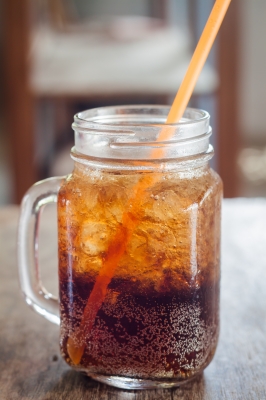 A Pharmacy's Withdrawal of Sugary Drinks - One Year Later

September 11, 2014, was a busy day at Stone’s Pharmasave in Baddeck. The week that followed was a similar pace. After months of contemplation, the trigger was pulled to stop the sale of all sugary drinks from the pharmacy on the second Thursday in September.  Before opening on that day I removed all of the pop, juice, chocolate milk, and sports drinks from the floor and coolers and put it in our counseling room for what I thought would be a normal day. Perhaps there would be a few questions or even complaints about this but that would be all.

In response to an editorial by a group close to the beverage industry that this type of move is ineffective in changing overall health,  I educated them about the growing rate of obesity in Canada.

It turned out there was a lot of attention grabbed by this move, not just by local and national media, but also from Leia Minaker, a scientist at the Propel Centre for Population Health Impact.  The Propel Centre is a research centre located at the University of Waterloo that aims for overall better health and cancer prevention.  Leia’s proposal was to undertake a natural experiment whereby the effects of a local retailer restricting the purchasing of (in this experiment) carbonated drinks in a small town might have effects like less purchasing of carbonated beverages or perhaps lead to switching of purchasing behavior of these products among stores in the village by its residents.

This study would not have been possible were it not for the amazing cooperation of the two other main retailers in the Village of Baddeck, the Coop (the local grocery store) and Needs (the local convenience store). Along with our sales data, Leia collected the sales data of carbonated beverages for the two businesses for a period of 88 weeks prior to the September 11 date. A total of 128 weeks of data was collected to give a before and after snapshot of sales.