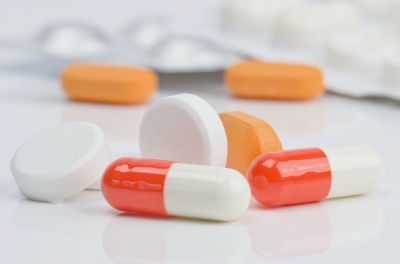 Hydrocodone is a narcotic pain reliever also known as opioid analgesics. It is used for relief of moderate to moderately severe pain. It is often combined with acetaminophen (Tylenol). Some of its major side effects include shallow breathing, slow heartbeat, feeling light-headed, fainting and confusion. The major drug interactions for this medication are with allergy medications, other narcotics, antihistamines, and antipsychotics. Taking any of these drugs with hydrocodone can increase the occurrence of sedation and other central nervous system effects. Hydrocodone is habit-forming and should be used only by the person it was prescribed for. Acetaminophen can harm the liver, especially when combined with alcohol or other drugs that affect the liver.

Simvastatin is a “statin” or HMG-CoA inhibitor. It is used for reducing the risk of heart disease and to lower cholesterol. Some common side effects include nausea, vomiting, diarrhea, abdominal pain, headache, muscle pain, and abnormal liver tests. Major side effects include liver damage, rhabdomyolysis, kidney failure, and pancreatitis. Its drug interactions include grape fruit juice, cyclosporine, amiodarone, and blood pressure medications such as amlodipine and verapamil.

Lisinopril is an ACE inhibitor (angiotensin converting enzyme inhibitor). It is used to treat hypertension, heart failure, and acute myocardial infarction. Some of its side effects include fatigue, nausea, headaches, drowsiness, low blood pressure, and sexual dysfunction. Its significant drug interactions include lithium, aspirin and other NSAIDs, and potassium supplements. ACE inhibitors can cause injury and death to the developing fetus.

Levothyroxine is a s synthetic thyroid hormone (T4) used for treating hypothyroidism and preventing goiter (enlarged thyroid gland). Some its side effects include headaches, sleep problems (insomnia), increased heart rate, nervousness, and irritation. Its drug interactions include increasing the effect of warfarin and diabetes medications. Levothyroxine is sometimes used inappropriately for weight loss.

Amlodipine is a calcium channel blocker used for treating hypertension and chest pain (angina). Some of its side effects include low blood pressure, swelling, dizziness, flushing, and palpitations.

Omeprazole is a proton pump inhibitor (PPI). It is used for treating duodenal ulcer, gastric ulcer, gastroesophageal reflux disease (GERD) and erosive esophagitis. It is available without a prescription. Its side effects include headache, abdominal pain, nausea, diarrhea, vomiting and flatulence. It may interact with ketoconazole, warfarin, and Plavix.

Azithromycin is a semi-synthetic macrolide antibiotic. It is used against susceptible bacteria causing otitis media (infection of the middle ear), tonsillitis, and other infections. Major side effects include diarrhea, loose stools, nausea and abdominal pain. Azithromycin has been associated with abnormal heart beats. Azithromycin (except Zmax) should not be combined with aluminum or magnesium containing antacids, such as Mylanta or Maalox because antacids will reduce absorption of azithromycin.

Amoxicillin is a penicillin type antibiotic. It is used for treating infections of the ear, nose, and throat. Major side effects include diarrhea, rash, allergic reactions, vomiting, and nausea. Probenecid increases blood levels of amoxicillin. Amoxicillin also interacts with oral anticoagulants, allopurinol, and possibly oral contraceptives.

Metformin is in oral diabetes medication. It is combined with diet and exercise to improve glycemic control in adults with type 2 diabetes mellitus. Major side effects include hypoglycemia, diarrhea, and nausea. Combining metformin with other diabetes medication such as glyburide increases the risk for low blood glucose.

Hydrochlorothiazide is in a class of medications called thiazide diuretics. It is used for treating fluid retention (edema) in people with congestive heart failure, cirrhosis of the liver, or kidney disorders, or edema caused by taking steroids or estrogen, and for treating hypertension. Side effects include diarrhea, mild stomach pain, constipation or blurred vision. It interacts with lithium (Eskalith, Lithobid) and heart medications like digoxin (Lanoxin).

Atorvastatin is another “statin” or HMG-CoA reductase inhibitor. It is used for treating high cholesterol. It works in a similar fashion as simvastatin and has similar side effects.

Nexium is a proton pump inhibitor. It is similar to Prilosec.  It is used for treating symptoms of gastroesophageal reflux disease (GERD), ulcers, and other conditions involving excessive stomach acid such as Zollinger-Ellison syndrome. Its side effects include headache, drowsiness, mild diarrhea,  nausea, stomach pain, gas, constipation, or dry mouth. It may interact with ketoconazole, itraconazole, warfarin, and Plavix.

Clopidogrel is an antiplatelet. It is used to prevent blood clots after a recent heart attack or stroke, and in people with certain disorders of the heart or blood vessels. Major side effects include itching, nosebleed or other types of bleeding. Plavix drug interactions include other antiplatelets or anticoagulants like dalteparin and enoxaparin, and antidepressants like fluoxetine.

Advair is an oral inhaler oral and a combination of two medications. One is fluticasone which is a steroid. The second medication is salmeterol, which is a long acting beta-2 agonist bronchodilator. It is used for preventing asthma attacks. The major side effects include headache, dizziness, nausea, vomiting, diarrhea, dry mouth and nose, and stuffy nose. Advair is not used for treating an acute asthma attack. Ritonavir, atazanavir, clarithromycin, indinavir, itraconazole, and telithromycin all interact with Advair.