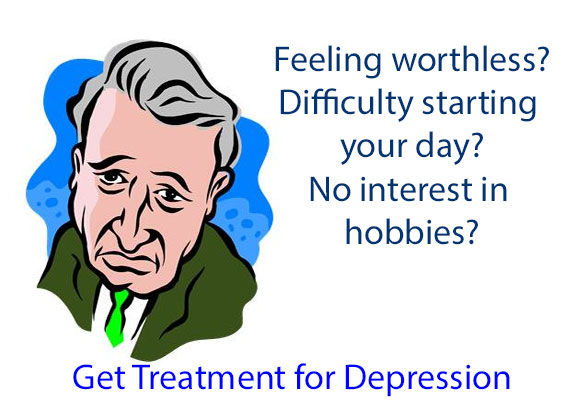 Do you feel worthless? Do you have difficulty starting your day? Have you lost interest in hobbies you used to enjoy? If you nodded “yes” to any of these questions, you may have depression. For many of us, occasional sadness or depression is normal. It is not necessarily a medical condition. However, if you have major depressive disorder (MDD) which is a medical condition, the state of depressed mood is more severe than occasional sadness. MDD can negatively affect job attendance, impair job performance, and reduce your enjoyment from pleasurable activities. Relationships around you will suffer and in time, they may be strained and severed. MDD can also adversely affect your health by causing insomnia, irritability, anxiety, weight loss, and thoughts of suicide.

In 2010, the Centers for Disease Control and Prevention reported that between 2006 and 2008, 9% of adults had current depression with an additional 3.4% who met the criteria for major depression. To identify patients with depression, your physician may ask you a few questions. A simple two-question survey is usually sufficient:

The Diagnostic and Statistical Manual of Mental Disorders (DSM-IV) criteria is used for diagnosing major depression. According to the DSM-IV, patients have major depressive disorder (MDD) if they have mood changes or symptoms (feelings of guilt, worthlessness, sadness, psychomotor agitation, insomnia, hypersomnia, indecisiveness, unintentional weight loss or weight gain, appetite changes, diminished interest or pleasure, and suicide ideation) for at least two weeks. Once the diagnosis is established, your physician may prescribe psychotherapy and medications. The combination is ideal for moderate to severe MDD, resulting in higher response rates compared to therapy or medication alone.

For mild cases of depression, psychotherapy alone may be sufficient. The preferred type of psychotherapy is called cognitive behavioral therapy (CBT), which is provided by psychologists, psychiatrists, psychiatric nurses, social workers, and cognitive behavioral therapists. The premise of CBT is to analyze your irrational thoughts and their relationship with the depressive behavior. For example, a depressed patient may think, “I don’t enjoy going to the gym or playing poker anymore.” Consequently, they don’t go to the gym or join their weekly poker games. The therapist may give an assignment such as scheduling one pleasurable activity every morning for a week such as going to the gym, taking a stroll in the park, drinking coffee with friends, or playing a game of poker. It is expected that after completing their assignment, their irrational thoughts will change. As a result, their behavior will change and the normal routine of exercise, hobbies, and other pleasurable activities will resume.

Each session lasts for one hour and depending on the patient, face-to-face sessions are done every one to three weeks. The duration of therapy is short-term, ranging from six to twelve months. 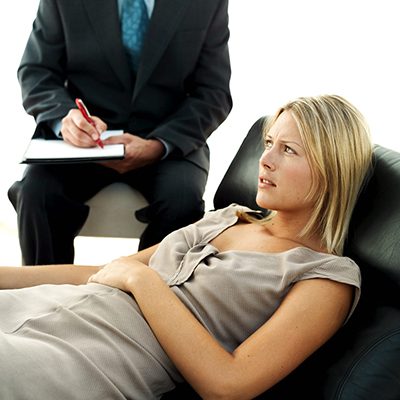 There are six classes of antidepressants available by prescription. They are equally efficacious but differ in their side effects, drug and food interactions, cost, and dosing. Since all antidepressants are effective, then it is prudent to select an agent based on their differences. For example, fluoxetine (Prozac) tends to cause hyperactivity and insomnia. Fluoxetine may be a good option if you suffer from depression, fatigue, and sedation. Duloxetine (Cymbalta) has been used to treat chronic neuropathic pain. Thus, duloxetine may be a good choice if you suffer from depression and neuropathic pain such as fibromyalgia. Bupropion (Wellbutrin) tends to cause hyperactivity and may cause slight weight loss similar to fluoxetine. Unlike fluoxetine, bupropion does not cause sexual side effects such as difficulty in arousal, erection, and orgasm. Bupropion may be an excellent choice if you have depression, weight gain, and have concerns about effects of antidepressants on sexual activity. Considering your symptoms, medical history, and medical condition, your physician can help select an antidepressant that is BEST for you.

These antidepressants are considered first-line options. SSRIs are preferred in patients suffering from postpartum depression since they have minimal secretion in breast milk. All of them are available in generic form, making them more affordable. Fluoxetine, paroxetine, and sertraline can inhibit the metabolism of concurrent drugs such as diazepam, dextromethorphan, phenytoin, propranolol, theophylline, lithium, risperidone, mexiletine, ritonavir, ropinirole, trifluoperazine, propafenone, thioridazine, warfarin, and TCAs. The newer SSRIs, citalopram and escitalopram, are touted to have less drug interactions and fewer sexual side effects.

Duloxetine and venlafaxine are considered activating antidepressants, causing insomnia, agitation, restlessness, and anxiety. These side effects are beneficial if you are constantly fatigued. In contrast trazodone is highly sedating and is most often prescribed for insomnia. Trazodone has a risk of priapism (prolonged and painful erection lasting more than four hours).

These antidepressants have anticholinergic side effects such as sedation, dry mouth, blurry vision, constipation, urinary retention, and orthostatic hypotension. They may also cause tachycardia or palpitations. TCAs are available in generic form, making them affordable.

These antidepressants are not considered first-line choices. They have multiple life-threatening drug and food interactions resulting in hypertensive crisis, serotonin syndrome, or seizures. Patients on these medications need to avoid alcohol, improperly stored food, spoiled food, and supplements containing caffeine, tryptophan, and phenylalanine. Concurrent use of dextromethorphan (cough medicine), meperidine, other antidepressants, pseudoephedrine, and tramadol should also be avoided.

Bupropion (Wellbutrin) can lower the seizure threshold in patients. Thus, it should be avoided in patients with history of seizures. Bupropion has a low incidence of sexual side effects and does not cause weight gain. Fatigued patients may also benefit from bupropion since it can cause hyperactivity. Patients who wish to stop smoking may benefit from sustained-release bupropion, which can help reduce nicotine withdrawal symptoms and treat depression.

Mirtazapine (Remeron) is given at bedtime because it is so sedating. It has a low incidence of sexual side effects but may cause weight gain.

Herbal supplements are not as effective as prescription antidepressants. St. John’s wort has many drug interactions and side effects such as drowsiness, constipation, and dizziness. SAMe tablets have almost no drug interactions but are more expensive than St. John’s Wort.

Approximately 50% to 75% of patients will respond to antidepressants. In clinical trials, the onset of therapeutic response was reported after one or two weeks. For maximum response, it took four to twelve weeks. A therapeutic response is considered an overall reduction of depressive symptoms. For example, a patient with a therapeutic response may report less crying and no more feelings of guilt. Despite their ability to fall asleep, they might have difficulty staying asleep.

Typically, antidepressants are prescribed for six to twelve weeks which is how long it will take for you to reach a therapeutic response. To prevent relapse, the medication is continued at the same dose to prevent relapse. The length of maintenance is longer than the acute phase. Your physician will help determine how long your maintenance shall be, which can range from four to nine months. It is NOT recommended to discontinue your medication without notifying the physician first. Your physician needs to assess if 1) it is safe for you to be without medication (i.e. patients with severe MDD should not stop their medication) and 2) if the medication can be stopped abruptly (some medications can induce withdrawal symptoms upon discontinuation).

All antidepressants carry a “black box” warning about the risk of suicides in young patients (less than 24 years old) with MDD. There is a higher risk of attempted suicides in the first one to two months of antidepressant therapy. Consequently, physicians will educate patients and family members or caregiver about the risk of suicide and closely monitor patients for the first two months.