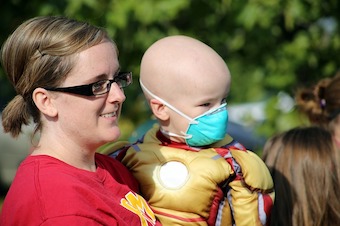 Cancer is a disease characterized by abnormal and improperly controlled cell growth, resulting in invasive growths that have the potential to spread throughout the body. Cancer can be caused by a number of different processes, one being the overexpression of protein kinases, leading to over-phosphorylation of proteins that can change a cell’s function and activity.

There are at least 518 kinases and 156 phosphatases that act on different factors and receptors, such as endothelial growth factors and colony-stimulating factors. Kinase and phosphatase activity are involved in many aspects of cellular function. Mutations that cause abnormal activation of these proteins, leading to the unregulated growth of the cell, are involved in the development cancer.

Development of kinase inhibitors that target specific protein kinases has demonstrated a great, positive clinical impact in the treatment of different cancers as they halt the proliferation and survival of cancer cells.

Types of cancers and examples of tyrosine kinase inhibitors