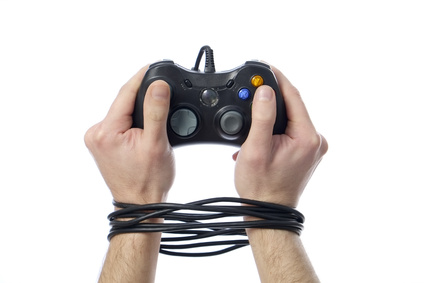 The computer and video game industry is big business. According to data released by The NPD Group, a global market research company, the video game industry generated $21 billion in revenue in 2012 alone. It is not only enjoyable but easily accessible where you can play on a console, laptop, tablet or even a smartphone. One of its best benefits is the ability to play interactively with opponents across the globe, simply with the click of a button. It is the 2013 version of a visit to a worldwide arcade. The key difference is that eventually the arcade would close or you would run out of quarters in the old days. With online games, there isn’t any closing time which means “gamers” can play 24/7 with an endless supply of players. This is like heaven for game enthusiasts but unfortunately, there are those who lose control. It is the gamers who have a hard time hitting the quit button that are now being brought to psychiatric attention.

Gaming produces a feeling of pleasure. Like every activity that has a reward response, there is always a potential for abuse. In the fifth edition of Diagnostic Statistical Manual of Mental Disorders (DSM-5) released in May 2013, Internet Gaming Disorder was introduced in Section III. Those affected with this disorder become compulsive about playing online games and it consumes their daily lives. Their relationships, jobs, grades and even hygiene suffer as a result. They may deceive others about how much time they spend playing and have unsuccessful efforts to cut down. Game addicts are shown to have the same brain reactions triggered as drug abusers. They also can experience a similar withdrawal syndrome (including heightened anxiety and sadness) if they’re unable to play. Some early warning signs of gaming addiction are social withdrawal and irritability (especially when asked to stop playing). Internet Gaming Disorder can be associated with depression and anxiety where they enter this fantasy world as an escape from their life’s stressors.

A majority of the recent research has been focused on young males. In many Asian Countries, there are a significant number of gamers who have been hospitalized due to Internet Gaming Disorder. In reality, this disorder isn’t age, gender or race specific. Nobody is immune. This disorder appearing in section III of DSM-5 means that it requires further research until it can be considered an official diagnosis. This problem may become more prevalent as games have further technological advances and become even more appealing to the consumer. As clinical research expands on this rising epidemic, we may see Internet Gaming Disorder become a formal disorder in the next DSM.

Comment, post an article, be visible to 1000s of members and visitors by joining the RxEconsult community.