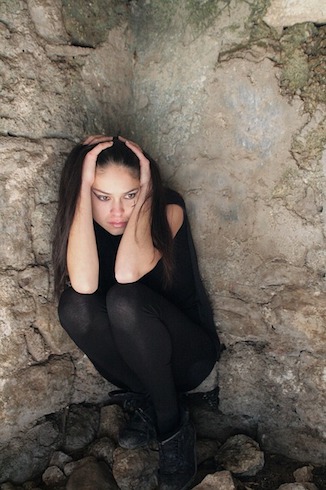 It is not completely understood why patients may experience weight changes while taking antidepressants. A review found that weight gain may be due to remission of depression, improved appetite, food cravings, or changes in the action of particular serotonin receptor. Additionally, a study found that there may be a genetic component involved in antidepressant-associated weight gain. Genetic differences in certain genes may predispose some people to be more susceptible to weight gain from treatment.

Most antidepressants cause weight gain. However,  serotonin-norepinephrine reuptake inhibitors (SNRIs) cause short-term weight loss. Bupropion (Welbutrin), Zyban) is the one antidepressant that causes sustained weight loss.

This class of medications treats depression symptoms by decreasing serotonin reuptake in the brain so that there is more of serotonin available to work in the brain. The degree of weight gain depends on the particular SSRI prescribed for treatment. Studies have shown that some drugs may cause more weight gain than the other. It should be noted that the length of these studies is an appropriate range of six to thirty months. Antidepressant therapy is typically not short-term because the full range of benefits may take up to twelve weeks.

Fluoxetine may cause the least weight gain amongst the SSRIs. A study found that after remission of major depressive disorder (MDD), the weight gain by patients taking fluoxetine was no different from those taking a placebo.

Paroxetine may be the most problematic SSRI for undesired weight gain. In a study, paroxetine resulted in weight gain in 6 percent of patients, ranging from 1.6% to 3.6% from the initial body weight.

Fluvoxamine is an SSRI that is used for treating major depression and obsessive-compulsive disorder (OCD). This drug may increase weight by 2.6%.

Citalopram may cause weight changes ranging from no weight gain to a gain of 2.5% from the initial body weight.

Sertraline may increase weight by 1.0 to 1.6% of initial body weight.

Treatment with an SSRI for a long period of time may result in weight gain. This may be from the recovery from depression and the reversal of undesired weight loss from untreated depression. Patients should consult with their doctor if they are having problematic weight gain.

These drugs work by blocking the reabsorption of serotonin and norepinephrine in the brain, ultimately regulating mood to help ease depression. SNRIs are sometimes used to treat other health conditions such as anxiety and fibromyalgia. Data from clinical studies suggest that duloxetine or venlafaxine are associated with initial weight loss and then weight gain.

Venlafaxine: an analysis of studies lasting 4 to 12 weeks observed a weight loss of 1.1 pounds with short-term treatment. Meanwhile, an average treatment length of 18 months was associated with a mean weight gain of 15.4 lbs.

A proposed explanation for the initial weight loss may be due to nausea or loss of appetite associated with SNRIs. However, these side effects appear to diminish over time, which may explain why weight gain is observed after longer treatment periods.

Tricyclic antidepressants (TCAs) are used in the clinical treatment of many medical disorders including MDD, anxiety, and fibromyalgia. TCAs drugs include:

For many years, TCAs were the drug of choice for the treatment of clinical depression. However, they have been largely replaced by SSRIs because of their side effects. Weight is one of the many side effects of TCAs. In an evaluation of patients receiving low to modest doses of tricyclic antidepressants, the average total weight gain was 3 to 16 lbs over a six month period of drug treatment. Amitriptyline, nortriptyline, and imipramine were the three drugs included in the study. Fifty percent of these patients discontinued taking the antidepressant drug due to excessive weight gain.

Mirtazapine (Remeron) and bupropion (Wellbutrin) are atypical antidepressants. They work by changing the levels of one or more chemicals in the brain.

Mirtazapine blocks the histamine (H1) receptor, which can thus cause weight gain and sedation. Mirtazapine is commonly used in the elderly population because this age group may be prone to low weight and insomnia. For example, a review of 22 elderly patients with Alzheimer’s disease found that they gained an average of 4.4 lbs during a three-month period of mirtazapine treatment for inducing weight or appetite gain. Patients in the trials reported an increased appetite and food craving.

Bupropion is a norepinephrine and dopamine reuptake inhibitor (NDRI) that is an antidepressant and is also used for smoking cessation. A 2.2 to 5.1% weight loss compared to placebo was reported in patients taking bupropion for a six-month trial. The difference in weight loss was due to the dose of the medication, with the higher dose causing more weight loss.

Not every patient taking an antidepressant will gain weight. In fact, some patients may actually lose weight. Some antidepressants may cause weight changes more than others, but there are many factors that contribute to this change and it varies based on the individual. Although weight gain or loss may be undesirable, patients should not stop taking their medication without consulting their doctor.