Join Now For Free! Login
Close
What is a Drug or What is a Medication | Omudhome Ogbru, PharmD | RxEconsult
Menus

What is the difference between a drug and a Medication

A drug may be defined as any substance, natural or synthetic (man-made), that affects how the body functions and is usually administered for its effect(s). This broad definition includes medications as well as recreational or street drugs. A medication is a drug used in the management of disease. Medications are drugs but not all drugs are medications.

The Food and Drug Administration (FDA) defines a drug as:

The FDA definition of drugs applies to medications since recreational drugs are not intended for diagnosis, cure, mitigation, treatment or prevention of disease. This article will focus on drugs (medications) as defined by the FDA. Medications are also called pharmaceuticals.

How are drugs discovered

Scientist spend many years researching disease mechanisms and human physiology to find enzyme targets or processes that can be modified in order to cure, prevent, or reduce the symptoms of a disease. This search takes many years and sometimes scientists just get lucky. There are more failures than successes. Sometimes scientists discover a new drug while searching for another or discover new uses for drugs already on the market. 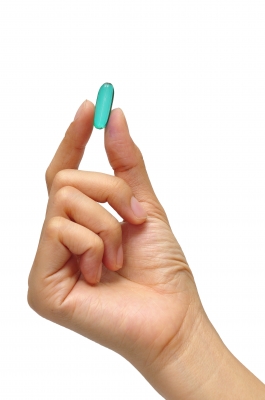 How are drugs manufactured

How are drugs approved and regulated

In the United States the FDA regulates all drugs. Their main job is to ensure that all drugs marketed in the United States are safe and effective for their intended use. This means that all approved drugs should have evidence that they work and they should not cause more harm than the disease. Gathering evidence of safety and effectiveness is a systematic process that involves animal and human studies and takes many years. It can take 10 or more years from when the drug is discovered to when it is approved for sale and the process may cost over $500,000. Once the evidence has been gathered it is submitted to the FDA as a New Drug Application (NDA). The FDA reviews the evidence and approves or denies the application or asks for additional information. Approval means that the company can now sell and market the drug. FDA action impacts patients suffering from the disease, investors, drug company employees, and vendors that provide services to the pharmaceutical company.

No drug is 100% safe. By definition drugs are harmful because they are potent chemicals intended to modify the way the body works. Drugs are considered safe when their benefits outweigh their side effects. Drugs should not cause more harm than the disease being treated when used as intended. There are many drugs that are no longer sold because they caused more harm than benefit.

Yes, drugs work but how well they work depends on many factors such as the disease being treated, patient characteristics, and the drug. Drugs are tested in clinical studies against a placebo (dummy pill) or no treatment or other drugs used for the same condition in order to verify whether patients derive benefit. These studies are also used to identify the common and serious side effects as well as the appropriate doses of the drug. No drug works equally well in all patients. Some patients may not respond to a drug while others may have a modest response. Some patients may have benefit at higher or lower doses of the drug.

What is a drug class

Every drug (medication) belongs to a class. A drug class or group consists of drugs that are similar in chemical structure, how they work in the body, and what they are used for. The drug class HMG-CoA reductase inhibitors (also known as "statins") consists of drugs that reduce cholesterol by blocking (inhibiting) the action of the enzyme HMG-CoA reductase. Statin is a nickname for this class of drugs because their generic names contain the word statin (e.g., ator-va-statin). Lipitor (atorvastatin), Crestor (rosuvastatin), Zocor (simvastatin) and several others belong to the "statin" class or HMG-CoA reductase class of drugs.