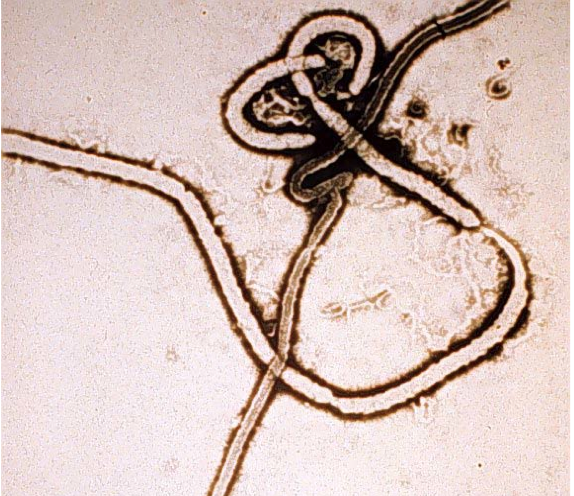 Alarm, confusion, and fear fill the air in many American homes as the second American diagnosed with Ebola arrived on US soil this past week. Many citizens are wondering if it is possible that these two infected citizens could infect the rest of the general population. This Ebola outbreak is causing mass confusion. However this is not the first Ebola outbreak to affect the world’s population.

The first Ebola outbreaks occurred in the late 1970s in South Sudan, and the Democratic Republic of Congo. Since the 1970s the Ebola virus has remained relatively localized. Outbreaks of the Ebola virus are mainly concentrated in Western Africa affecting over 1,603 people. Of the 1,603 people that were infected, there were 887 deaths, giving the Ebola virus a death rate of over 50%. Death rates in other regions are higher. There are no approved medications or vaccines for treating or preventing Ebola virus infections, which makes it even more dangerous. Many experts are expecting death rates from Ebola to rise.

Ebola is a relatively new virus, but it is an exotic disease. There are five different Ebola strains, but only four are known to cause severe illness in both humans and animals. Although Ebola is infectious it is not highly contagious. Ebola is not airborne and therefore it is not easily transmitted as other illnesses such as influenza, making it a moderately contagious disease. Those at the highest risk for infection include healthcare workers, and family and friends who care for infected persons.

Over 10 countries in Africa have confirmed cases of Ebola hemorrhagic fever (Ebola HF) since the virus was first discovered. These countries include:

Signs and Symptoms of Ebola Infection

Symptoms of the Ebola virus often mimic other diseases such as malaria, typhoid fever, hepatitis, plague, and other hemorrhagic fevers. Laboratory tests are required to accurately diagnose Ebola.

Symptoms of Ebola infection include:

There are no approved antiviral medications or vaccines for treatment of Ebola. Severely ill patients require intensive supportive care and monitoring. They are often dehydrated and require rehydration and electrolyte replacement treatments.

An experimental drug was recently cleared to be used in infected patients even though it has not been approved. Authorities believe it is ethical to use an experimental drug because Ebola is so deadly. The drug is called ZMapp and it is developed by Mapp Biopharmaceutical. It is an antibody that prevents replication of the Ebola virus. It has slowed the severity of the disease in those who have received it.

The Center for Disease Control (CDC) and the World Healthcare Organization have developed resources for healthcare facilities to help them recognize Ebola HF, and prevent further transmission by using readily available materials.

Centers for Disease Control and Prevention: About Ebola Hemorrhagic Fever