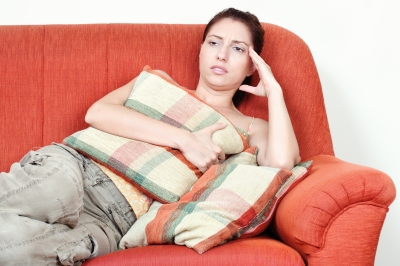 Fibromyalgia is a pain syndrome, however the exact cause of the pain and other symptoms associated with fibromyalgia are unknown. Fibromyalgia causes chronic musculoskeletal pain and tenderness that can occur throughout the body.

Fibromyalgia affects approximately 5 million Americans over the age of 18, and a large majority of affected people are middle-age women. Healthcare costs for office visits, consultations with specialists, medications, and lost days from work due to fibromyalgia cost the United States between $12-14 billion each year. People with fibromyalgia have many conditions and high healthcare cost.

There are no specific risk factors for developing fibromyalgia; however traumatic events, repetitive injuries or illnesses and obesity are linked to the development of the condition. Rheumatic conditions such as rheumatoid arthritis, systemic lupus erythematosus, and ankylosing spondylitis often coexist with fibromyalgia. Many patients are misdiagnosed because fibromyalgia symptoms are similar to symptoms of other diseases and there are no laboratory abnormalities associated with fibromyalgia. Diseases that are often confused with fibromyalgia include irritable bowel syndrome (IBS), migraines, depression, chronic fatigue syndrome and restless leg syndrome.

The most common symptom of fibromyalgia is widespread pain and tenderness in muscles, bones, joints, tendons, ligaments or nerves. The pain is widespread, nondescript and patients often complain of “hurting all over”. Patients also experience headaches, as well as paresthesia, which is a burning or tingling sensation (“pins and needles”) in the feet or hands due to nerve damage. Morning stiffness also occurs.

Fatigue is a common symptom of fibromyalgia. Patients have difficulty fully waking from sleep, focusing during the day, and experience sleep disturbance during the night.

People who have fibromyalgia often have trouble focusing on tasks or difficulty paying attention. This dysfunction is referred to as “fibro fog” and is neurologically different from symptoms of psychiatric conditions.

Patients sometimes exhibit symptoms of depression or anxiety, which must be considered when diagnosing fibromyalgia. These conditions are often present at the same time, and are not necessarily a symptom of fibromyalgia.

Next: Medications For Treating Fibromyalgia