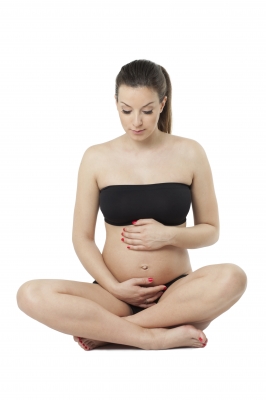 Chemotherapy reduces fertility by damaging immature eggs in ovaries. Risks for infertility after breast cancer treatment include age, and type and dose of cancer drug received. The closer a women is to menopause (average age 51) the higher the risk of developing infertility after cancer treatment. Therefore, women older than 45 are more likely than women around age 30 to develop premature menopause and have challenges with pregnancy. Cancer drugs that commonly cause infertility in women include Cytoxan (cyclophosphamide), Platinol (cisplatin) and Adriamycin (doxorubicin). Higher doses of chemotherapy are more likely to induce premature menopause than smaller doses.

Researchers tested whether goserelin given with chemotherapy in women with early-stage hormone receptor-negative breast cancer would reduce the occurrence of premature ovarian failure which reduces fertility. Premenopausal women (n= 257) less than 50 years old received cyclophosphamide with or without monthly goserelin 3.6 mg subcutaneous injection starting 1 week prior to the first chemotherapy dose. After 2 years, 8% of patients who received goserelin compared to 22% of those who did not receive goserelin developed primary ovarian failure. There were 13 pregnancies in the standard treatment group versus 22 pregnancies in the goserelin group. Interestingly, survival rates were higher in patients treated with goserelin.

The investigators concluded that goserelin administered with chemotherapy was associated with less primary ovarian failure and more pregnancies. How goserelin protects fertility during chemotherapy is not well understand. Goserelin may protect ovaries during chemotherapy by inducing a temporary premenopausal state, reducing the activity of the ovaries.

The alternative to using goserelin and similar agents is to extract and freeze multiple eggs from the ovaries prior to chemotherapy at a cost of about $10,000. Monthly goserelin injections cost about $600.