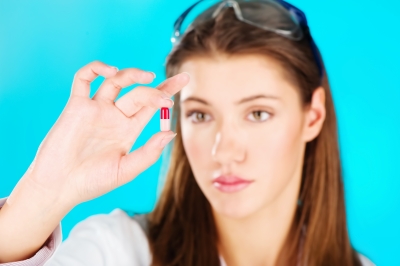 Slovenia is a tiny place with a surface area of just over 20,000 km2 and the population more than 2 million people. Despite its tiny area which accounts for less than 0.004% of the Earth's surface, it's among the most biologically diverse countries in the world and therefore, over one-third of its territory is protected. It is an independent country which is situated in the SE Europe and borders Italy, Austria, Hungary and Croatia. The last information is quite important because many people do not know where this country is. Furthermore, some people think it is in North or South America.

In Slovenia, there is only one Faculty of Pharmacy. It is the only one university organization in the Republic of Slovenia for studying pharmacy and laboratory biomedicine. FFA is considered as a medium-sized faculty by European standards. It promotes research work and considers research and studying pharmacy as two inseparable parts. Consequently, its goal is stimulating students to take part in research during the second half of the 5 year-long study program, which results in highly motivated and excellent students.

History of Pharmacy Education in Slovenia

The Faculty of Pharmacy is one of the youngest faculties in the University of Ljubljana. It has a 50 year long tradition of teaching pharmacy and clinical chemistry. The year 1960 was essential for pharmacy study in Slovenia; in that year the Department of Pharmacy was established at the Faculty of Science and Technology. Its premises was at Aškerčeva street where the Faculty of Pharmacy has been standing ever since. Before 1960 there were two attempts at organizing academic pharmacy studies in Slovenia. The first attempt dates back to 1945-1948 when it was possible to enter the first two years of pharmacy study at the University of Ljubljana, with the possibility of continuation in Zagreb or Belgrade. In 1948/49, the studies of pharmacy in Ljubljana were abolished, and introduced again in year 1955/56. The first two years were carried out at the Natural Sciences and Mathematics Faculty of Ljubljana and the students had the possibility to continue their studies at other pharmaceutical faculties in Yugoslavia, especially in Zagreb. This practice continued until 1960, when the complete pharmacy study program was introduced to the University of Ljubljana.

At the Faculty of pharmacy in Ljubljana, students can choose between 3 options:

Differences Between Slovenia and US Pharmacy Schools

Last summer I was a part of Students' Exchange Program which took place at the University of Arizona Medical Center (UAMC) and College of Pharmacy. I discovered some major differences between the educational programs in the US and Slovenia. US pharmacy is clearly more clinical and patient focused, whereas in Slovenia, it is more chemistry/laboratory based. In Slovenia, studies are more concentrated into the discovery of new active substances and, consequently, new drugs rather than focusing on the patient. The Slovenian students have more lab exercises than US students. In my opinion, patient focus is not emphasized enough in my country. The US pharmacist has a very important role in the hospital setting and their opinions and suggestions are taken seriously and usually accepted.

I like the US system better. For example, in the state of Arizona, a pharmacy student is required to have 1500 hours of practice completed before they can apply for North American Pharmacist Licensure Examination (NAPLEX). Of course this number varies from one state to another but it is not all that different. The US Pharmacy students have a unique opportunity to experience pharmacy at many levels. Therefore, when they graduate, they have a clear idea of how they want to practice and which fields of pharmacy they prefer.

The Future Development of Pharmacy in Slovenia

The pharmacy program in my country is good but not the greatest. Students receive plenty of knowledge in different areas. On the other hand, I miss the focus on the patients themselves. Drug discoveries and development of dosage forms are of essential, however, I believe being around the patient, managing their medication and working side by side with doctors are some of the crucial core activities of our healthcare profession. I really did enjoy the optional subject of Clinical Pharmacy, which was held in the 4th year of Pharmacy studies. This subject should be included in our study program permanently and not just an optional one.

When I was in the States, I was taken aback by the pharmacy stores I saw. I would not call them pharmacies but rather convenient stores which have pharmacies located within. Examples include Walmart, CVS/Pharmacy, Costco, Sam’s Club and many others. Patrons can shop for food, clothing and Over the Counter (OTC) medicines while waiting for their prescription to be filled. In my opinion, the pharmacy should be located by the exit door in order to provide the customer with more opportunities for specific counseling regarding drug usage and contraindications in order to prevent poisoning or overdose.

In Slovenia you have to ask the pharmacist for the OTC medication. I believe there will be some changes in this area in the near future. There are discussions about making OTC drugs available in other stores not only in pharmacies. As of now, if you want to purchase them, you need to see your pharmacist, tell them what you require and they will go get it for you. You cannot pick the OTC medication yourself, purchase and leave. This may or may not change. Pharmacists are against this practice. They argue, that the pharmacist should be the link between the specific medication a patient requires and the patient itself. A pharmacist is able to recognize the possible underlying problem through the discussion with the patient. A friend of mine who works in a local pharmacy told me, that she had a patient who complained about varicose veins and they wanted to purchase some sort of cream for this condition. Throughout the discussion she discovered that the patient was on Warfarin and that their INR was too high resulting in small bleedings. That is an example of a good practice. However, sadly, not all pharmacists are like that. They won't ask you a thing. Even the patients are not always prepare to talk. They are in a hurry, other patients/customers in line are impatient and so on and on. The question is "Do we really need a pharmacist to handout an OTC drug?" I say we do. I'm sure that there will be changes in the future. Only time will tell what the changes will be.