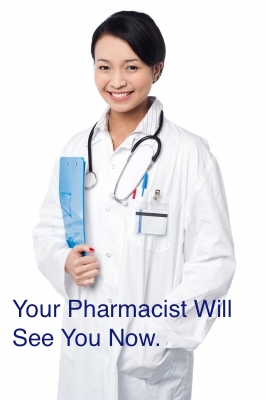 California Pharmacist Provider Status Bill (SB493) was signed into law in October 2013 and took effect on January 1, 2014. This law ushers in a new era for pharmacy practice in California and is a blueprint for other states who are considering a similar law. Pharmacists have been fighting for provider status for many years. Now that California pharmacists have provider status how will this change impact pharmacists and society?

How did California Pharmacist Provider Status Bill (SB493) come to pass and how will it impact pharmacy practice in California?

SB 493 was initially introduced in early 2013 by California Senator Ed Hernandez as part of a trio of senate bills as a means to decrease the provider shortage in our state by expanding services for pharmacists, nurse practitioners, and optometrists. Challenges to the other two bills led to them being withdrawn, but support for SB 493 was particularly strong. It passed through various senate and assembly committees in a surprisingly short amount of time, though amendments were needed to convince some, in particular, the California Medical Association, to drop their opposition to the bill.

The bill’s key impact for pharmacists is that it recognizes California pharmacists as healthcare providers, which opens the door for cognitive service reimbursement by Medi-Cal (California’s Medicaid) and other healthcare payers.

The California Pharmacist Provider Status Bill also creates a new level of practitioner, the Advanced Practice Pharmacist (APP), who, after meeting certain criteria, will be able to perform patient assessments, refer to other healthcare providers, and practice as collaborative drug therapy management pharmacists in the community setting. Prior to the bill’s passing this was only allowed in hospitals and health systems under the pharmacist’s scope of practice in California.

How will SB493 affect pharmacy education and licensure? Do California pharmacy schools have to modify their curriculum to prepare future graduates?

The scope of the post-graduate pharmacy curriculum, which all pharmacy programs nationwide have offered exclusively since 2000, covers all of the necessary elements to train our future pharmacists for the level of practice authorized by SB 493. So I don’t see curricula being modified extensively beyond the behavioral aspects of training pharmacists to engage patients as providers.

To become an APP, additional training will be required that will take place once a pharmacist has graduated from an accredited school or college. To become an APP, the law stipulates that pharmacists must achieve two out of three of the following:

Details of the certification are still being worked out so that portion of the law has not yet taken effect.