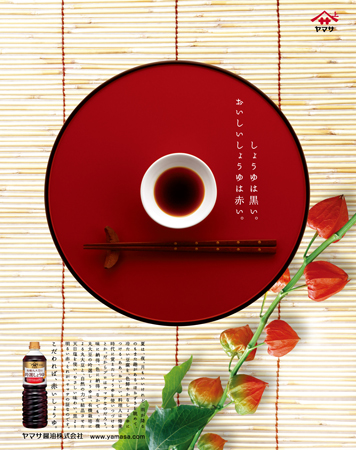 After many years of intense research to find new treatments and a possible cure for HIV, who knew that the solution could be sitting right in our refrigerators?

Goryo Hamaguchi, the 7th owner of a Japanese Soy Sauce Company named Yamasa, had great interest in western medicine. He built a hospital and was one of the largest contributors to the smallpox vaccination center in Tokyo. He also supported publication of western medical references in Japan. In 1988 Yamasa Corporation established a diagnostic department and employed food scientists to study certain chemicals in foods for medical research and to determine their immunologic effect. In 2001 these scientists discovered that a compound used as a flavor enhancer adds a great taste to soy sauce and may also be a potential cure for HIV or a very powerful anti-HIV drug.

Recently, researchers at the University of Missouri School of Medicine revisited the same discovery for further study. The flavor enhancer is a potent antiviral called 4’- ethynyl-2-fluoro-2’-deoxyadenosine (EFdA). EFdA is a unique Nucleotide Reverse Transcriptase Inhibitor (NRTI) with 4’-substitutions and a 3’-OH group, which is a very potent inhibitor of wild type and multi-drug resistant HIV-1. Most NRTIs such as Truvada, tenofovir, abacavir, didanosine, lamivudine, stavudine, and zidovudine lack the 3’-OH and act as a chain terminator by blocking DNA replication. EFdA acts directly on the DNA sequence and inhibits DNA replication by binding to its chain. At some DNA sequences EFdA can act as a delayed chain terminator. This means that it binds to DNA and causes mispairing between DNA and RNA, resulting in termination of the DNA sequence. Due to this unique mechanism EFdA has been categorized as a Translocation Defective Reverse Transcriptase Inhibitor (TDRTI). Termination of the DNA sequence by EFdA blocks viral DNA (HIV causing DNA) transportation across the nucleus and integration into the host DNA.

Is EFdA a Cure for HIV?

Throughout the years scientists have found it challenging to overcome HIV drug resistance. Resistance may be to different drugs, may involve patient specific factors, and can happen at anytime during treatment. EFdA may be the solution for HIV drug resistance. EFdA is a potent inhibitor of many different reverse transcriptase mutations including N348I and K65R. Such mutations cause significant resistance to drugs that inhibit nucleoside and non-nucleoside reverse transcriptase. It is also not easily broken down by liver enzymes so it remains in circulation for a long time and is activated quickly to protect the body from HIV infection. EFdA has not been tested on humans. It has been studied on monkeys suffering from a severe form of HIV. It was quite surprising to discover how active and healthy those monkeys were after their exposure to EFdA. It is too early to say EFdA is a cure for HIV since it has not been tested in clinical trials.

EFdA has generated significant interest from Merck. In July 2012 Merck signed an agreement with Yamasa for the worldwide license rights to develop EFdA. In return Merck agreed to pay an up-front fee and any future payments. Currently Merck and Dr. Sarafianos, Associate Professor of Molecular Microbiology & Immunology at University of Missouri, and his are testing EFdA and similar compounds for the  treatment and possible cure of HIV.