However, on December 3, the CDC issued an emergency health advisory concerning data collected from October 1 through November 22, 2014. The CDC stated that although there are fewer flu cases this season, a higher percentage of influenza A (H3N2) was reported. In the past flu seasons when the H3N2 strain was prevalent over the H1N1 strain, higher hospitalization and mortality rates were seen in elderly, children and patients with chronic conditions. 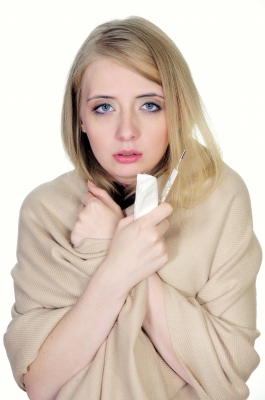 How are flu vaccines (flu shots) made and what types are available?

Flu shots (influenza vaccinations) for each flu season are manufactured based on prevalence of specific strains and trends seen in past years. It is not possible to predict exactly which strains will predominate or how severe the impact will be. The strains change over the course of a season and experts must choose which viruses to include months in advance to make sure the vaccine is delivered on time. Once the season starts, the CDC studies samples of flu viruses to compare how closely they align with the virus components in the vaccines.

Currently, there are multiple influenza vaccines available for the 2014-2015 flu season.

Intradermally (administered into the skin) IIV3

Unlike the live attenuated vaccine, inactivated and recombinant vaccines do not contain live influenza viruses and are safe in patients who have compromised immune systems. Additionally, FluBlok is the preferred flu vaccine for people allergic to eggs. It is made using a recombinant DNA technology process that does not involve incubation in eggs.

Which vaccines are still effective?

The World Health Organization (WHO) collects samples of influenza from all over the world and categorizes them. The WHO found that 48% of the influenza H3N2 viruses collected shared characteristics with the 2014-2015 H3N2 vaccine component. However, 52% of the H3N2 viruses collected had mutated from the strains available in the vaccine. In the past when this deviation happened, the flu vaccinations were found to be less effective at offering protection throughout the season.

So far all (100%) of the pH1N1 viruses sampled as well as the influenza B viruses were similar to the strains included in the 2014-2015 vaccine. Therefore, those who have received any of the vaccines and contract non-mutated flu strains will still develop immunity against pH1N1 and influenza B viruses. Additionally, antibodies made against one flu virus can offer some protection against other strains. Although available vaccines do not include mutated flu strains, the vaccines can reduce the severity of an influenza illness.

Both the LAIV and inactivated vaccines have shown to be effective in both children and adults. However, the LAIV has always been recommended in children ages 2 through 8 as efficacy has been seen to be higher within this population. Children who are vaccinated for the first time should receive two flu shots — the first dose should be given as soon as a vaccine becomes available and the second dose should be given four or more weeks after.

Elderly (Patients over the age of 65 years)

For elderly patients, the CDC recommends a high dose flu shot. Elderly patients generally have less active immune systems and require higher amounts of antigen to create a stronger immune response (more antibody being made). A high dose flu shot such as Fluzone HD contains approximately four times the amount of antigen (the component in the vaccine that promotes antibody production) than a regular flu shot.

Should people receive a flu shot this season?

The Advisory Committee on Immunization Practices (ACIP) and CDC recommend that all persons greater than or equal to the age of 6 months continue to get influenza vaccinations. Ideally, vaccination should happen before the first reported case of influenza is reported in the community and should continue as long as the viruses are in circulation. The ACIP’s recommendations for 2014-2015 influenza vaccines and for those who should be vaccinated can be found here.

There are many benefits to receiving the 2014-2015 flu shot. It will protect people from getting many strains of the flu and can also protect surrounding people who may be more vulnerable (for example, elderly, children, and patients with chronic conditions).  For those who get the flu, the vaccine can make the illness milder and decrease the chance of negative outcomes such as hospitalization and death. In a study from 2010-2012, flu vaccination was associated with a 71% reduction of hospitalization among adults. In patients over the age of 50, there was a 77% reduction in hospitalization. In patients with long-term health conditions such as heart disease, lower rates of cardiac events were seen. Patients with diabetes and chronic lung disease experienced decreased hospitalization as well.

For children, vaccination is still recommended. Though data shows more prevalence of influenza A H3N2 and B viruses, LAIV has shown to provide good protection. If patients do contract the flu from mutated strains, LAIV has shown better protection than IIV and can lessen the negative outcomes. Studies showed that administering the vaccine in children resulted in a decrease of hospital admissions by 74%.

This cements the CDC’s position that receiving the flu shot  is the best method for preventing the spread of influenza as well as decreasing the impact that it may have on the community.

Will manufacturers update the formulation of the current influenza vaccination?

The flu season generally peaks in January or February, but can start as early as October and end as late as May. Usually, manufacturers make one formulation per flu season based on the prevalence of strains in previous years. The process of producing vaccines can take months and the current strains may mutate by the time the vaccine comes to market. If mutations occur, making a new formulation may not prove to be helpful. Currently, there are no updates from the CDC about whether a new formulation of the flu vaccine will be released.

Which flu medications are available?

There are medications available for treating influenza. Some pharmacological options include antiviral medications such as Tamiflu (oseltamivir) and Relenza (zanamivir) as none of the currents strains have shown any resistance to these agents.

Relenza is available as an inhaled powder and is therefore not recommended for patients with chronic respiratory diseases (for example, COPD). It can be used to treat patients over the age of 7 years and prevents flu in patients 5 years or older. To treat the flu, two inhalations (10 mg) twice a day for 5 days is taken. For prevention, patients may take two inhalations (10 mg) daily for 28 days within 5 days of contact. Patients may experience dizziness and inflammation of the sinuses when taking this medication.

The CDC recommends that people do three things:

Taking preventative measures against the spread of germs can ensure that others do not fall sick. Some actions include:

Avoiding close contact with sick people: The flu can spread through coughing, sneezing, or talking. Patients should make sure to cover their cough by coughing into their shoulder. If one member of the household gets sick with a flu-like illness, it is advised that members of the family stay at home for 24 hours until the fever subsides.

Wash hands regularly with soap and water: If soap and water is not available, use an alcohol based hand sanitizer. This is important because the flu virus can also exist on objects. It can be transferred when a person touches the object and then touches their mouth, eyes, or nose. Routine cleaning of objects that are touched frequently is recommended (for example,  phones, doorknobs, and keyboards)

Go home if you are sick: To prevent the spread to other people, it is important to go home as soon as you begin to feel sick. The extra rest can also give your body the strength to overcome the flu.

Centers for Disease Control and Prevention: Everyday Preventative Actions That Can Help Fight Germs, Like Flu