According to the National Health Statistics Report 2012, the prevalence of unintended pregnancies among teens (19 years old or younger) was similar to the previous 2006 report. In 2006, more than four out of five pregnancies were unintended. There were 859,000 pregnancies among girls aged 17 years old or younger. Eight-two percent of these pregnancies were unintended. It was no surprise that the Food and Drug Administration removed the age restriction to purchase and obtain the emergency contraceptive, Plan B One-Step. The news was not earth-shattering as the over-the-counter product was available to consumers who were at least 17 years old since 2009. 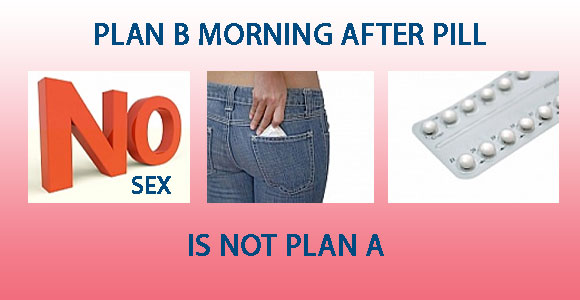 Plan B One-Step contains one tablet of levonorgestrel 1.5 mg, a progesterone hormone. Within 72 hours of unprotected intercourse or contraceptive failure, the tablet must be taken to reduce the risk of pregnancy. By definition, Plan B One-Step is not an abortion pill since this pill cannot abort an implanted embryo. It is referred to as the “morning after” pill, in reference to when the tablet should be taken (i.e., morning after unprotected sex).  If the tablet is taken in a timely manner, Plan B One-Step can prevent ovulation, slow down the tubal transport of sperm and/or egg, and inhibit implantation. By creating such a hostile environment for fertilization, the chance of pregnancy is greatly reduced compared to placebo (sugar pill).

The side effects are similar to those found in daily birth control pills and may include nausea, diarrhea, stomach pain, dizziness, fatigue, breast pain or tenderness, and headache.

Plan B One-Step should be considered merely as “plan B," a back-up plan when unprotected sex has occurred or regular contraception has failed. Failure of regular contraception includes ruptured condoms or diaphragm, or 2 or more missed doses of birth control pills. Unfortunately, unprotected sex is probably the most common reason for usage. The retail cost is $50.00 and not covered by insurance.  Although side effects are minimal and it is only one dose, it is not recommended to use Plan B One-Step as a regular form of contraception. Sexually active partners should have a “plan A”: a conscious decision to avoid pregnancy. “Plan A” includes reliable and cost-effective contraceptive methods such as daily birth control pills, condoms, diaphragms, and implantable hormone devices such as the Nuva Ring.

In reality, the best form of contraception is abstinence. If sexual activity is still desired, then both partners should discuss and select a contraception method prior to the activity. It is recommended to have this conversation early unless a later discussion about diapers is preferred. With the new FDA ruling on Plan B One-Step, young teens will have another option to help postpone the diaper discussion.