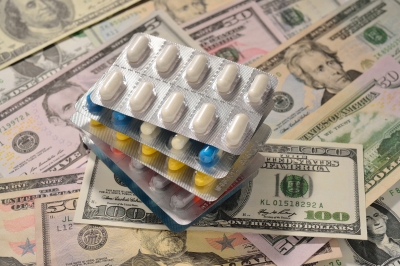 Crestor is a HMG-CoA reductase inhibitor, which is a lipid-lowering agent. It is used to lower cholesterol to reduce risk of cardiovascular disease. The adverse reactions include myalgia (muscle pain), arthralgia (joint pain), pharyngitis (inflammation of pharynx), headache, weakness, abdominal pain, and constipation. It is contraindicated in patients with active liver disease such as hepatitis and jaundice. It is also contraindicated for using during pregnancy and in breast-feeding women. Some serious interactions can be found with gemfibrozil, fenofibric acid, colchicine, lopinavir, and niacin.

Nexium is a proton pump inhibitor (PPI) approved for healing and maintenance of gastroesophageal reflux disease (GERD). Some of the adverse reactions include headache, flatulence (gas accumulation in intestine), indigestion, nausea, diarrhea, dizziness, and constipation. Nexium is metabolized in the liver so the dose should be adjusted in patients with severe liver disease. Its drug interactions include ketoconazole, digoxin, clopidogrel, and nelfinavir.

Ventolin HFA is a moderately selective short-acting beta-2-receptor agonist (SABA) administered by inhalation. It is indicated for the management of asthma exacerbations or chronic obstructive airway diseases. Some of the adverse reactions include tremor (shakiness), nausea, vomiting, bronchospasm, cough, and dry mouth. Ventolin HFA should be used with caution in patients with cardiovascular disorders, high blood pressure, arrhythmias, diabetes mellitus, and hyperthyroidism. It interacts with saquinavir, amitriptyline, linezolid, nortriptyline, and trazodone.

Advair Diskus is a combination of a corticosteroid (fluticasone) and a beta-agonist (salmeterol) administered by inhalation for treating asthma and chronic obstructive pulmonary disease (COPD). It is not recommended for acute asthma attacks, but it is approved for the long-term maintenance of asthma or COPD. Some adverse reactions include upper respiratory tract infections, headache, throat irritation, muscle pain, cough, and fatigue. Advair Diskus should be used with caution in patients with cardiovascular disorders, high blood pressure, diabetes mellitus, and hyperthyroidism. It is not indicated in children less than 12 years of age. Its drug interactions include ritonavir, amitriptyline, doxepin, imipramine, isoniazid, linezolid, natalizumab, phenelzine, tacrolimus, and trazodone.

Diovan is a specific angiotensin II antagonist used for treating high blood pressure. It is also approved to treat heart failure in patients who are intolerant to ACE inhibitors (another class of blood pressure medication). Diovan may be used either alone or in combination with other blood pressure medications. Some of its adverse reactions include dizziness, hyperkalemia (increase in potassium level), hypotension (drop in blood pressure), tiredness, and headache. Diovan should be discontinued immediately when pregnancy is detected since it cause fetal injury. It should not be combined with aliskiren or ACE inhibitors such as benazepril and lisinopril.

The total number of prescriptions for Lantus SoloStar: 10,154,739

Insulin is a pancreatic hormone, which is essential for the breakdown of glucose. Lantus is a long-acting insulin analog that provides insulin coverage consistently for 24 hours. It is indicated for use in patients with type 1 and type 2 diabetes mellitus to lower glucose levels. Some of its adverse reactions include hypoglycemia (low blood glucose level), local injection site reaction, back pain, diarrhea, headache, influenza-like symptoms, increased pulse, and peripheral edema. It should not be combined with pramlintide. Blood glucose levels should be closely monitored to prevent severe hypoglycemia.

Cymbalta is a serotonin-norepinephrine reuptake inhibitor, which is used to treat major depressive disorder, including associated painful physical symptoms such as back pain and shoulder pain, and diabetic peripheral neuropathy. It is also approved for generalized anxiety disorder (GAD) and management of fibromyalgia (chronic muscle pain). Some of the adverse reactions include nausea, dry mouth, headache, tiredness, constipation, diarrhea, insomnia, and sexual dysfunction  Drugs that interact with Cymbalta include phenelzine, procarbazine, amitriptyline, bupropion, cimetidine, fluoxetine, modafinil, paroxetine, sertraline, tramadol, trazodone, and warfarin.

Vyvanse is a prodrug of dextroamphetamine, which is a centrally acting stimulant. It is indicated for patients with attention-deficit hyperactivity disorder (ADHD). It is a DEA schedule II controlled substance. It should not be used within 14 days of taking monoamine oxidase inhibitors (MAOI) due to risk of severe elevation of blood pressure. Some of its adverse reactions include insomnia, anorexia (loss of appetite), dry mouth, headache, and upper abdominal pain. It interacts with linezolid, phenelzine, probarbazine, trazodone, and rasagiline.

Lyrica is an anticonvulsant (seizure) medication also FDA-approved for management of neuropathic pain and fibromyalgia (muscle pain). It should be used with caution in patients with cardiovascular disease or kidney impairment. Anti-seizure drugs may increase risk of suicidal thoughts, unusual changes in mood or behavior. Other adverse reactions include dizziness, insomnia, edema, tiredness, weight gain, tremor (shakiness), and blurred vision. Lyrica interacts with benazepril, lisinopril  rosiglitazone, naloxone, and barbiturates.